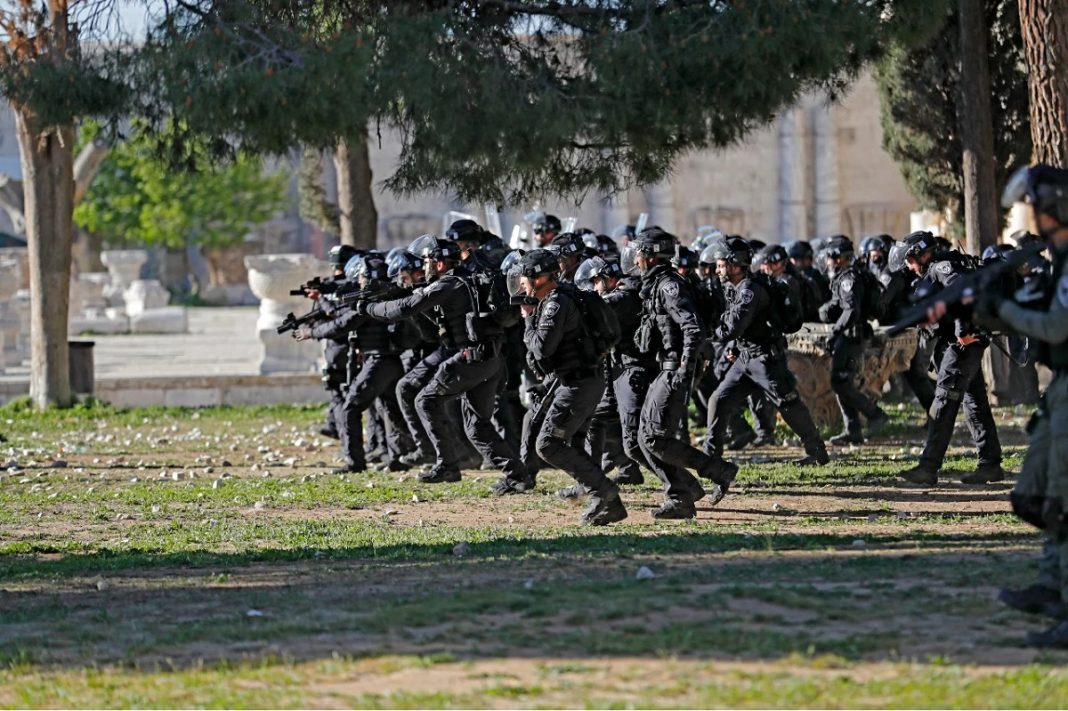 The Israeli military said in a statement that the two Palestinians were detected near a security barrier close to the village of Jalamah, which lies north of the West Bank city of Jenin, early on Wednesday morning.

The statement further alleged that soldiers from the Nahal Brigade surrounded the pair and attempted to arrest them, but they opened fire on the troopers. The soldiers returned fire and neutralized the suspects.

The two were named by Palestinian media as Ahmed Abed and Abdul Rahman Abed, from the village of Kafr Dan near Jenin.

The Jerusalem Post daily newspaper also reported that an Israeli soldier was killed in the exchange of fire. No other details were immediately available.

Jalamah is located adjacent to the security barrier just north of Jenin, where a number of Palestinian retaliatory operations earlier in the year originated and where the Israeli military has concentrated much of its clampdown.

The incident comes less than 24 hours after an engineering vehicle belonging to the Israeli ministry of military affairs came under gunfire as it was working along the security barrier in the same area. There were no injuries, but the vehicle was damaged.

On Monday, Palestinian Prime Minister Mohammad Shtayyeh warned that the intensified Israeli military crackdown in the occupied territories will inevitably push the West Bank to the verge of a major explosion, arguing that Israeli factions are fueling the violence for the sake of their own political interests.

Israel is hiding behind the absence of a political horizon and the world’s preoccupation with the fallout of the Ukraine conflict. The legislative elections, which will be held on November 1, cannot cover up the Israeli regime’s crimes, Shtayyeh noted at the opening of a weekly cabinet session in the central West Bank city of Ramallah.

He called on the international community to wake up and look at what Israel is doing to the “oppressed and occupied” Palestinian nation.

Such raids are carried out while Israeli settlers also conduct acts of violence against Palestinians and their property.

Dozens of Palestinians, including Palestinian children, have been killed so far this year, many as a result of the use of lethal force by the Israeli authorities in a manner described by the UN Human Rights Office in the Occupied Territories as a violation of international human rights law.