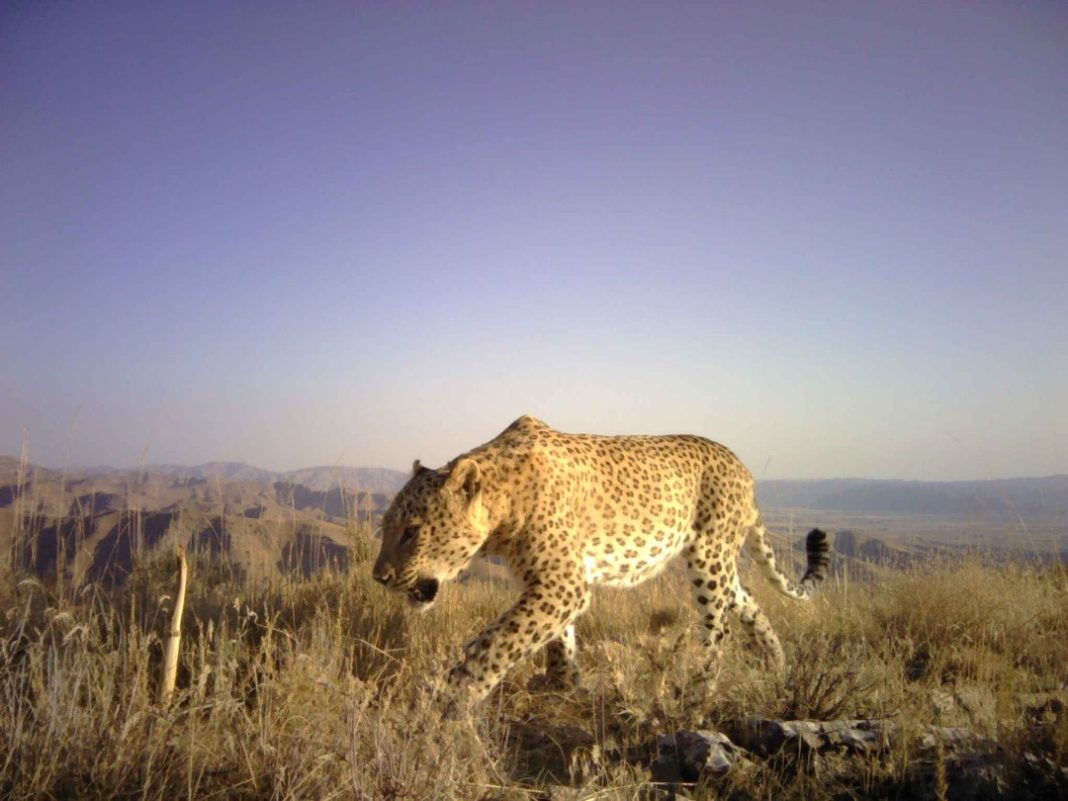 Environment guards have spotted two leopards in a protected area in the Iranian province of Zanjan.

According to the official, the plains of Fileh Khasseh protected area is a habitat of deer.

He added that about 450 deer live in the protected area in Zanjan Province and they are suitable prey for leopards that live in the mountainous part of Fileh Khasseh.

Yaftian stressed that after receiving numerous public reports and sightings of leopard footprints and dung by environmental guards and experts, authorities become confident about the presence of this valuable species in the protected area of Fileh Khasseh.

He also said the sighting of the two leopards indicates security in the area and proper nutrition for this species.

Fileh Khasseh is located in the city of Zanjan and covers an area of about 55 thousand hectares. The area is the habitat of important animal species such as deer, leopard, wild cat, brown bear, wolf, hyena and many birds.

Persian leopards are rare animals and are on the UN’s endangered species.

Iran’s Alborz and Zagros mountain chains are home to the Persian leopards.