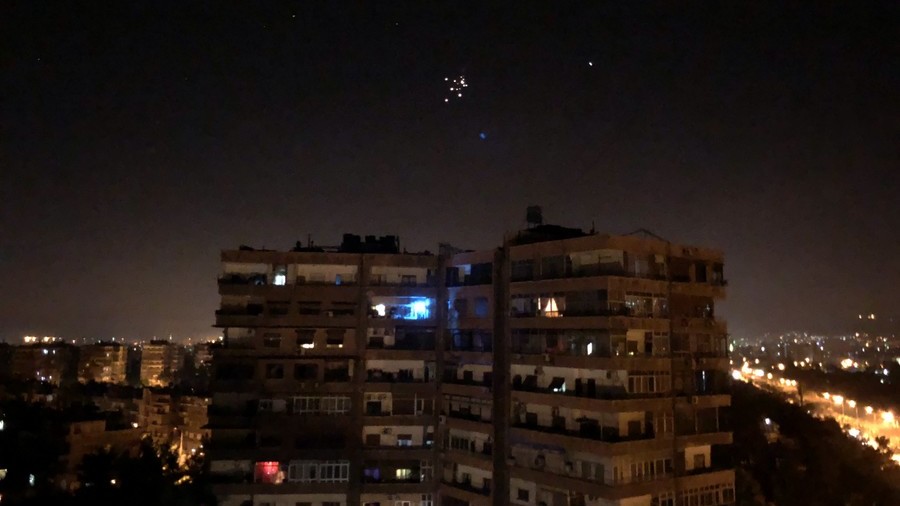 Israel has launched a missile attack on an area near the Syrian capital Damascus, killing at least two civilians and causing damage.

“At 5:00 am local time in the morning, the Israeli enemy carried out an aerial aggression from the direction of south of Beirut, targeting some points in the vicinity of Damascus City,” Syria’s official news agency SANA cited a military source as saying on Monday.

The source noted that the Syrian air defenses confronted the missiles fired by Israel and downed most of them. However, the attack left “two civilians” killed and caused material losses.

A similar Israeli attack in the vicinity of Damascus on February 24 left three soldiers killed.

Syria and the Israeli regime are technically at war due to the latter’s 1967-present occupation of the Arab country’s Golan Heights.

Israel maintains a significant military presence in the territory, which it uses as one of its launchpads for attacks against the Syrian soil.

The attacks started to grow significantly in scale and frequency after 2011, when Syria found itself in the grip of rampant foreign-backed terrorism.

Tel Aviv claims that its attacks target alleged supplies that are headed for the Lebanese resistance movement of Hezbollah, which has played a key role in helping the Syrian army in its fight against the foreign-backed terrorists.

On countless occasions, though, the strikes have targeted reinforcement belonging to Syria’s military and its allies.

The Tel Aviv regime mostly keeps quiet about its attacks on the Syrian territories which many view as a knee-jerk reaction to the Syrian government’s increasing success in confronting terrorism.