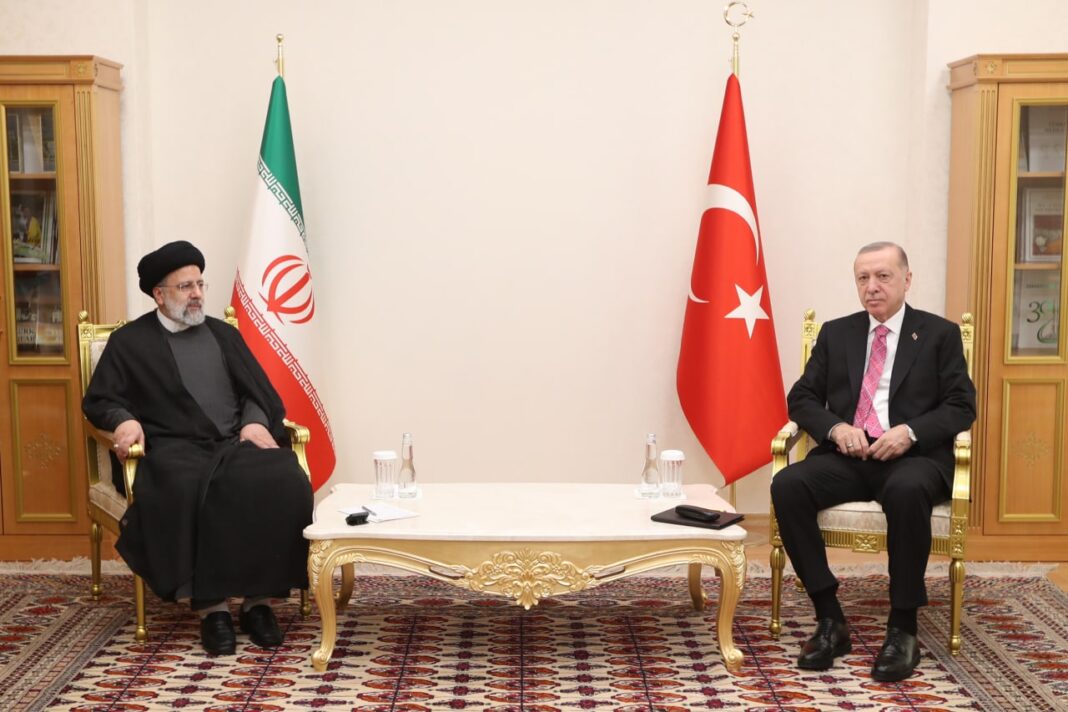 The Turkish president has reiterated the US is training and arming all terrorist groups in the region, including Daesh and the PKK.

is providing those groups with terrorist equipment to create insecurity.

Erdogan referred to the need for security arrangements based on the active presence of regional countries.

He said Iran, Turkey and Russia can maintain security and stability with the cooperation of other regional countries.

The Turkish president added his country views expansion of bilateral and regional cooperation with Iran as a must, adding Tehran and Ankara can give a momentum to the level of ties, especially in the economic sectors.

President Raisi also called for the establishment of peace and security in war-ravaged Syria.

President Raisi said, “We must use all our capacities to establish peace and security in Syria”.

He added regional problems must be resolved by regional countries and foreign interference will not only solve anything but it will also further complicate the situation.

Raisi also spoke of the situation in Afghanistan, saying the Islamic Republic of Iran supports the formation of an inclusive government in Afghanistan.

He expressed concern over Daesh’s activity in the country, saying regional countries must not let terror groups like Daesh and the PKK threaten security of the region.

On bilateral ties with Turkey, the Iranian president said Tehran and Ankara can boost the current trade and political ties to a strategic level.

He added that Iran and Turkey must pave the way for expanding economic relations and, to that end, they can review preferential tariffs.

The president also said Iran, Turkey and the Republic of Azerbaijan have many cultural and religious commonalities and they should not allow their ties to be disrupted and should disappoint their common enemies.

The meeting between Riasi and Erdogan was held on the sidelines of the ECO summit in Ashgabat.