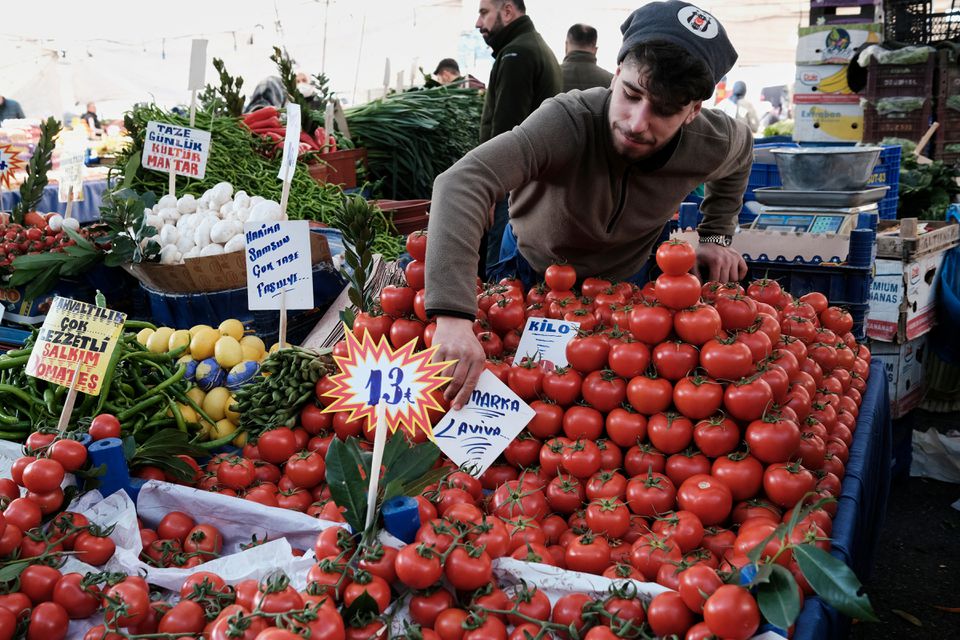 The annual inflation rate in Turkey has surged to a 20-year high of 48.7%, state data revealed on Thursday.

Consumer prices surged by 48.7% from the same period in January last year, up from an annual rate of 36.1% in December, according to the Turkish Statistical Institute (TurkStat).

The highest annual price increase last month was seen in transportation with 68.89%, followed by food and non-alcoholic beverage (55.61%) and furnishings and household equipment (54.53%).

The lowest annual increases were posted by communication with 10.76%, education with 18.67%, clothing and footwear with 25.32%.

The monthly inflation rate was 11.10% in January.

The highest monthly increase was 21.90% in alcoholic beverages and tobacco among the main groups, while clothing and footwear posted negative inflation – minus 0.24%.

A group of 20 economists projected an average annual rise of 48.42% in consumer prices in January, an Anadolu Agency (AA) survey found last week.

The Central Bank of the Republic of Turkey (CBRT) last week hiked its year-end annual inflation forecasts for this year as well as the next, while it stressed supporting the lira is a key objective of its ongoing policy review.

The 2022-end consumer price index estimate has been raised to 23.2%. In its last report in October, the central bank forecast inflation would ease to 11.8% by the end of 2022.

The bank forecast 8.2% inflation for 2023 and a return to its official target of 5% a year later.

Meanwhile, data shared by the bank showed it expected inflation to approach 50% in January, before peaking in May and then dropping sharply in the third quarter.

The bank has slashed the policy rate to 14% from 19% since September. It kept the benchmark one-week repo rate steady last week.