Turkey to Build at Least 10 Hotels in Iran 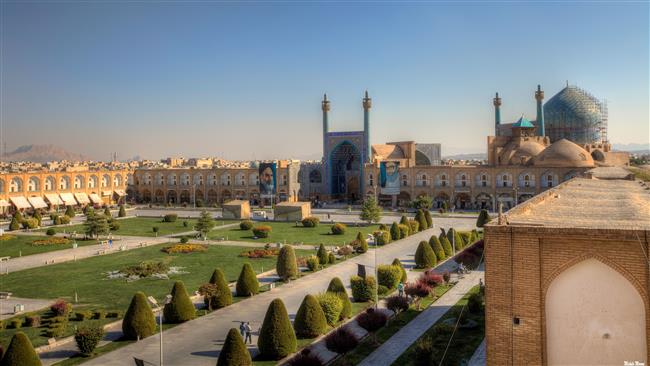 Turkish investors will be allowed to build at least 10 hotels in Iran, a Turkish tourism ministry official said on Friday, as the two countries look to increase bilateral trade after international sanctions on Iran were lifted in January.

The hotels would be built in Tehran, Isfahan, Shiraz, Tabriz and Mashhad, the official said, under the terms of an agreement with Iran signed during a Turkish delegation’s visit to Tehran that started on Thursday.

The agreement includes incentives for investment and allows more charter flights between the neighboring countries, he said.

“We will transfer our know-how on training, planning, marketing and advertising to raise tourism standards in Iran,” the official told Reuters, declining to be identified because he was not authorized to speak to the media.

Turkey and Iran will also organize joint tours for the Asian market that will include visiting cities in southeast Turkey and Iran, the official said, adding the agreement was signed during a Turkish delegation visit to Tehran that started on Thursday.

Tourism industry officials expect more than 2 million Iranians to visit Turkey this year, up from 1.7 million last year. In the first four months of 2016, there has been a 7 percent increase on last year.

That’s a rare bit of good news for Turkey’s tourism industry, which has seen revenues tumble nearly 17 percent in the first quarter, hit by a series of terrorist attacks and worsening ties with Russia.

Iran’s top tourism official said last December that the country is constructing 125 new four- and five-star hotels, stressing that the figure is a record in the Iranian hospitality industry.

Masoud Soltanifar, the head of Iran’s Cultural Heritage, Handicrafts and Tourism Organization, emphasized that the government of President Hassan Rouhani has over the past two years constructed as many luxurious hotels as the ones constructed in the country over the past century.

Reports emerged earlier that international hoteliers are heartened by the plan. Hotel groups in the Persian Gulf Arab states are specifically believed to have already drawn plans to boost their portfolios in Iran as they see the country emerging as the most lucrative hospitality development market.

The UAE-based Rotana plans to open its five-star 600-room hotel in Tehran this year and another in the pilgrimage city of Mashhad.