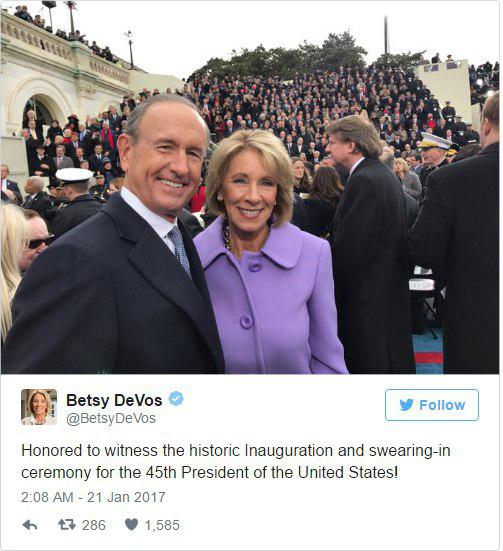 US President Donald Trump's pick for Education secretary Betsy DeVos is coming under criticism on Twitter for a tweet that incorrectly used the word "historical."

In a tweet that was later deleted, DeVos wrote, “Honored to witness the historical inauguration and swearing-in ceremony for the 45th President of the United States.”

Other tweets quickly pointed out that “historical” is meant to refer to past events, while “historic” refers to important events, The Hill reported.

DeVos, like many of Trump’s cabinet members, has faced pushback from Democrats who are critical of her views. She was grilled during her three-and-a-half hour confirmation hearing over her past criticism of public schools and for saying she supported guns in school so children could protect themselves from grizzly bears.