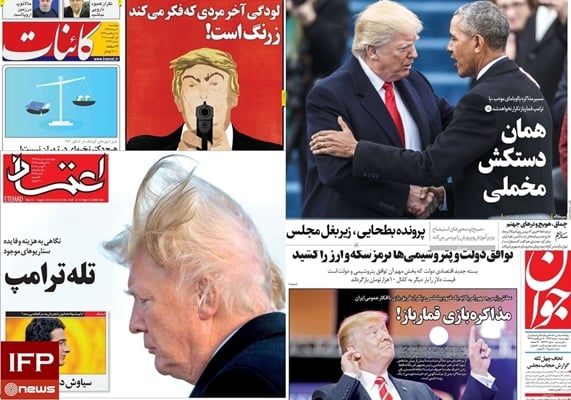 IFP has taken a look at the front pages of Iranian newspapers on Wednesday, August 1, 2018, and picked headlines from 21 of them. IFP has simply translated the headlines and does not vouch for their accuracy.

All papers today highlighted the US president’s call for holding talks with Iran without any preconditions, and the reactions of Iranian officials to Trump’s offer.

Also a top story today was the ongoing economic problems in Iran, which have put the government of Hassan Rouhani under great pressure. 1- US Sending Mixed Signals to Iran 3- Iranian Ex-FM: Trump Must First Compensate for Withdrawal from JCPOA 1- White House’s Music Out of Tune: From Threat to Negotiation

4- Sacking Executives to Give Calm to Society: Moderate Cleric 1- Drums of War; Songs of Negotiation 1- US Must Make up for Its Withdrawal from JCPOA: Former Diplomat

2- Rouhani: We Won’t Give Up Our Right to Export Oil

4- Iran First VP: We Have No Red Line for Countering Corruption 2- Academic: If Trump Wants to Sit for Talks with Iran, He Must First Return to JCPOA, Fulfil Commitments

3- Analyst: Trump Wants to Stabilize His Own Position in US 1- Latest Tomfoolery of the Man Who Thinks He’s Smart! 2- No Problem in Supplying Petroleum 1- US Breaks Record of Untrustworthiness 1- Trump One Step Back 1- Negotiation with Iran without Any Preconditions