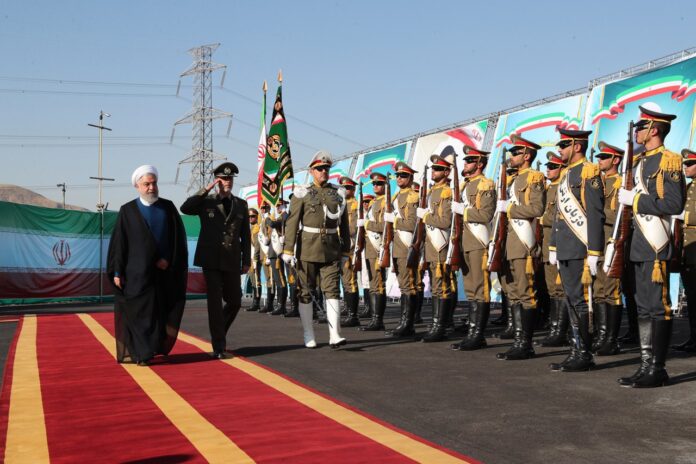 President Hassan Rouhani made the remarks in an address to a Thursday ceremony to unveil the homegrown “Bavar-373” missile defence system, which is a more advanced version of the Russian S-300.

Rouhani referred to a meeting he held last year with the head of a European country on the sidelines of the UN General Assembly in New York, and said, “In that meeting, the European official quoted the US president as saying that if Europeans cooperate with Trump and stop working with Iran, the Islamic Republic would not exist in three months’ time.”

“I told that European official that the man who made such a claim will leave office himself, and his party will also lose power, but the Islamic Republic will remain in power more strongly for hundreds of years more,” Rouhani said.

He said it’s been a year since the deadline given by Trump to that European official, but Iran is still strong despite the US efforts to weaken the country.

“A superpower has mobilized all its facilities – from the CIA to the Treasury, the State Department, its security forces, and all its spies across the world to see which vessels approach Iranian ports or leave them.”

“The US has never been weaker, alienated and isolated than now, and I cannot recall such a weak position for the US in history,” Rouhani said.

“Just two days ago, the US Secretary of State expressed his next year’s grief about Iran and said if the Iran nuclear deal remains in place, the anti-Iran arms embargoes will be lifted, and the country will be able to buy weapons,” he said.

However, he added, no one shared his concern. “The US had never been so much humiliated and looked so much desperate in history.”

Also last year the US president personally attended a UN Security Council meeting, but all the 14 members of the UNSC opposed him, he said.

“Trump was also mocked by all members of the UN General Assembly, and this is unprecedented in the history of the US that its president is mocked at the UN.”

“The US has been defeated, and we are the winners of this battle.”