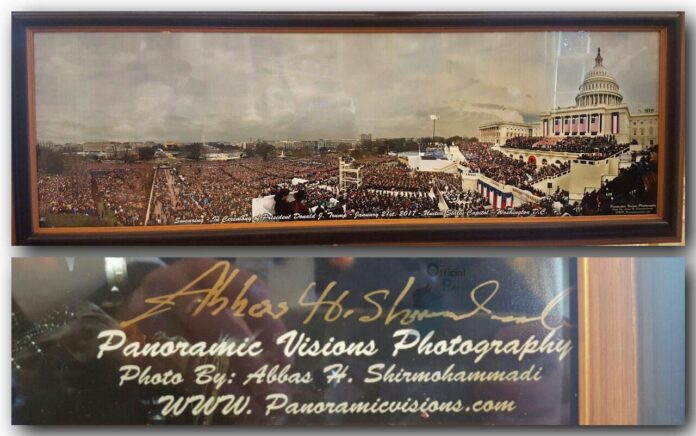 While US President Donald Trump had thanked the Iranian photographer of a panoramic photo showing his inauguration day, the date written under the photo turned out to be January 21, the day of women’s anti-Trump demonstrations across the world.

According to a report by IFP, Trump in a recent tweet thanked the photographer Abbas Shirmohammadi, an Iranian who left Iran for the US as a teenager 31 years ago.

Having been the official photographer of Hillary Clinton, he has taken special photos of Bill Clinton, Ronald Reagan, and Nelson Mandela.

Shirmohammadi took a panoramic photo of Trump’s inauguration ceremony, and the US President formally thanked him and said he will hang it on the walls of White House.

However, the date written under the inauguration photo shows January 21, which is one day after the inauguration ceremony, and is the day when Women’s March was held across the world, protesting Donald Trump’s anti-woman approaches. 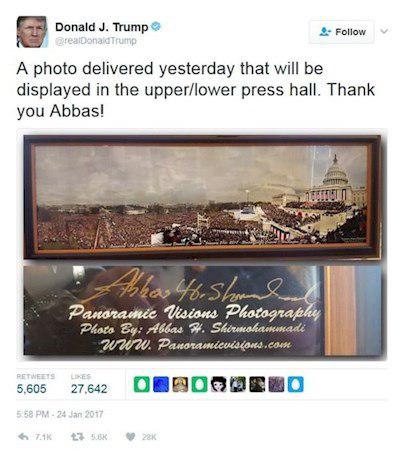