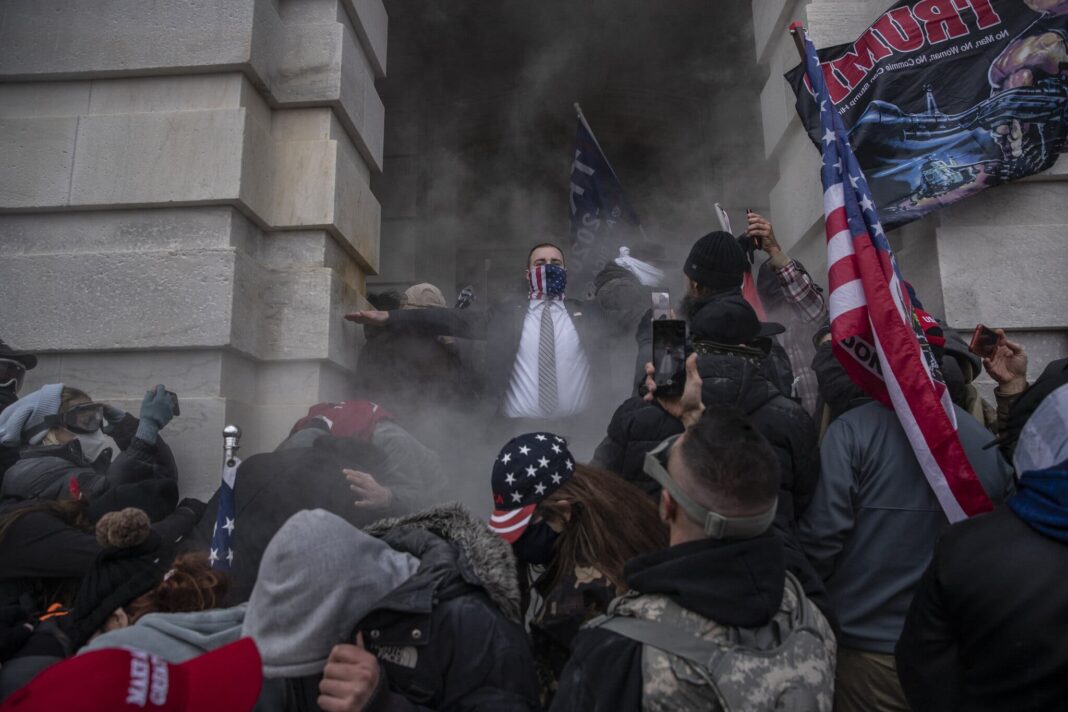 Former US President Donald Trump has filed a federal lawsuit against the committee investigating the Capitol Hill riots last January. The ex-leader is seeking to block the panel from obtaining his administration's records from the National Archives. Five people were killed during riots in the US Capitol complex.

The suit accuses the select committee and its chairman, Rep. Bennie Thompson, D-Miss., of harassing Trump and senior members of his administration with “an illegal, unfounded, and overbroad records request to the Archivist of the United States.”

The suit also accuses President Joe Biden of “a political ploy” by refusing to assert executive privilege over the records to keep them from going to the House Select Committee to Investigate the January 6th Attack on the United States Capitol.

“The Committee’s request amounts to nothing less than a vexatious, illegal fishing expedition openly endorses by Biden to unconstitutionally investigate President Trump and his administration,” the suit says.

The lawsuit was filed in U.S. District Court in Washington, D.C.

In addition to Thompson and the committee, Trump also is suing the National Archives and Records Administration, and David Ferriero, the Archivist of the United States.

Ferriero received requests for documents and records from Thompson as part of his probe in late August.

“Because the Committee’s requests seek to expose confidential and privileged information while lacking ‘a legitimate legislative purpose,’ this Court has the power to declare the requests invalid and to enjoin their enforcement,” the suit adds.

The lawsuit was filed as the committee pushes ahead with its investigation of the riot, in which hundreds of Trump’s supporters violently stormed the U.S. Capitol and forced a joint session of Congress into hiding.

The committee, which consists of seven Democrats and two Republicans, has vowed to proceed quickly, and has issued subpoenas to witnesses considered unlikely to cooperate.

On Tuesday, the committee is set to convene to advance criminal contempt proceedings for former senior Trump advisor Steve Bannon over his refusal to comply with a subpoena.

The riot began shortly after Trump urged supporters at a rally outside of the White House to march to the Capitol, where a joint session of Congress that day had just begun meeting to confirm the election of Biden as president.

Thousands of people swarmed around and in the Capitol complex, with some members of the mob battling with police who tried to ward them off.

Five people died during or the day after the riot, including a Capitol Police Officer Brian Sicknick, who was assaulted by some of the rioters.

Trump was impeached by the House for inciting the riot. But he was acquitted by the Senate in a trial that was held after he left office.