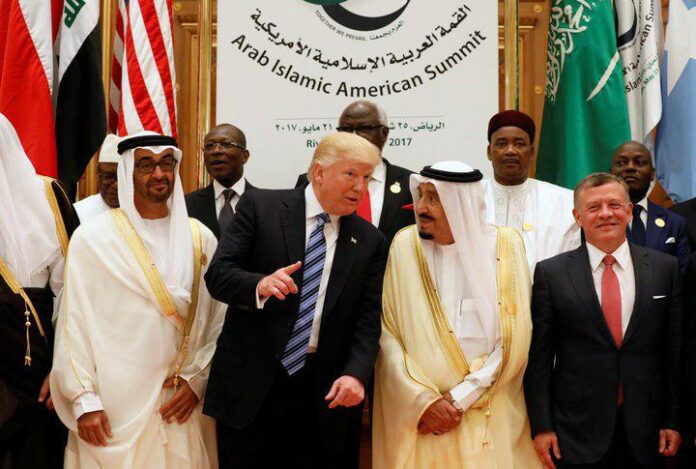 A political analyst says the US president is putting maximum pressures on Saudi Arabia and the UAE to drag them into a war against their northern neighbour, but Iran should not behave in a way that prepares the ground for such a conflict.

A few weeks on since US President Donald Trump announced Washington’s withdrawal from the Iran nuclear deal, reactions to, and analyses on the unexpected move continue to pour in. 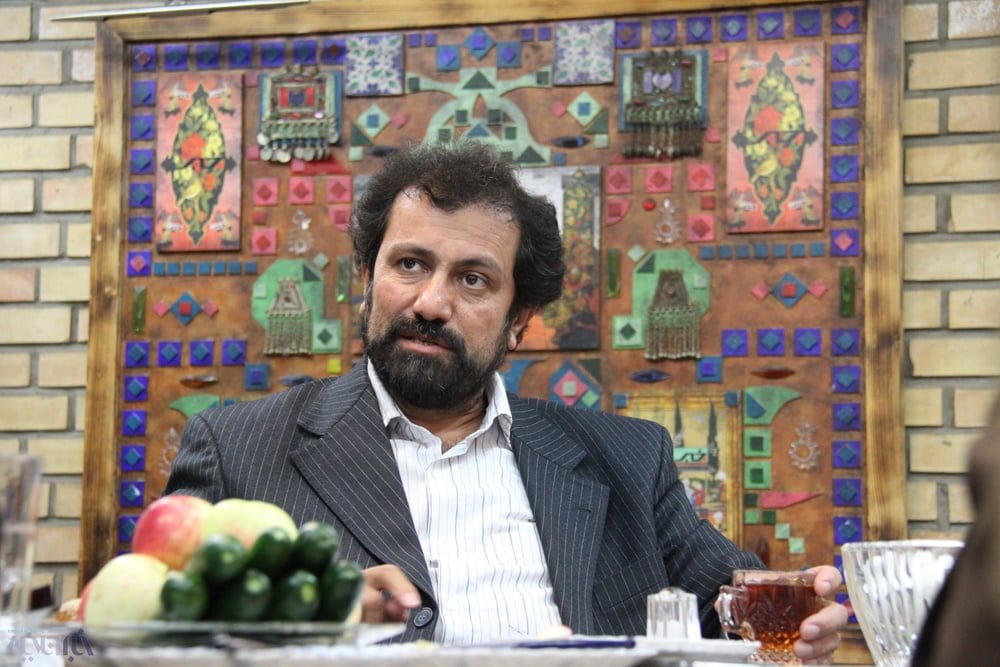 Political commentator Hossein Valeh has, in an interview with Khabar Online, weighed in on the consequences of the United States’ pullout from the Iran nuclear deal as well as the prospects of Tehran-Washington relations.

Valeh argues that the US is putting pressure on the UAE and Saudi Arabia to wage a war against Iran, but the Islamic Republic’s regional approach is key to preventing such a war from happening. He says Iran should not behave in a way that leads to a situation where Russia and the US both benefit from such a conflict. In that case, China and the EU would not be able to do anything to stop the conflict and help Tehran.

In their latest trade deal with Trump, the Chinese agreed to increase the volume of imports from the United States; a move that some analysts believe shows Beijing’s submission to Trump. Can we say that the Chinese feel the noose tightened around their neck, and this will affect their transactions with Iran? Can we say that Beijing, too, has taken a few steps away from Iran?

China needs Iran politically and security-wise less than Europe does. The volume of China-US trade transactions is not at all comparable to the trade volume between Iran and either of them. If the issue of shale oil becomes serious and the risk of a war breaking out in the Persian Gulf rises, China will suffer losses economically. So, Beijing is against any war in the region. This strategic issue is in Iran’s interests. Moreover, China will never give in to the United States. They are playing their game, and they are doing so very carefully.

In how many phases have the sanctions been implemented since the day Trump made a speech and announced Washington’s pullout from the JCPOA? Will more and more sanctions be imposed over time?

Most probably yes. The toughest sanctions, ever, will be imposed by the US against Iran in six months’ time. This is the United States’ declared policy. Iran, for its part, will not accept any of the 12 demands made by US Secretary of State Mike Pompeo. So, this trend will not stop.

Can we say that Iran is in the worst situation it has ever been on the international stage?

No. But before I explain my answer, I need to add one point. Iran is now in the worst situation it has ever been in the past 40 years, but this is not because of the JCPOA and the United States; rather, it is due to domestic policies. At the international level, Iran has a much better status now compared to its position during the first and second tenures of former Iranian President Mahmoud Ahmadinejad. There is no international consensus against Iran. Furthermore, there exists rather strong political will among some major powers such as Germany and France to work with Iran in various areas. Such will did not use to be there. The presence and activities of Iran in international organizations today are not comparable to its activities during the previous administration. We can still work with serious and strong individuals inside the US, but we couldn’t do so in the previous administration. This opportunity is not seized, though, which is another story. What I’m saying is that despite Trump becoming US President, Iran is in a better situation in the current administration (Rouhani’s) in comparison with its situation during the Ahmadinejad administration.

Can we say the JCPOA did not contain enough strong guarantees for implementation?

Well, if the JCPOA had been signed in the form of a bilateral agreement and approved by both the US Congress and the Iranian Parliament, it would have been more difficult for Trump to pull out of it. But there are two points here which should not be left out: First, Iran and the US needed to agree on some of their differences, so that it would be possible for such ratification. But such a thing would not be possible when the Iranian president does not agree to sit down with his American counterpart on the sidelines of the New York summit. The JCPOA was a deal which only one US administration, and not the whole US government, was a party to. Guarantees for the fulfillment of commitments and agreements in foreign policy can be secured through appropriate behaviour that would ease tensions, give assurances, and result in consensus, not through signatures on paper. There are no courts that we can refer to and file a lawsuit against Trump to put him on trial and have him imprisoned. The same goes for Macron and Merkel. Second, even if the JCPOA had been ratified by Congress, Trump would have scuttled it by adopting certain measures. The way to secure guarantees about agreements with the Americans is through the elements inside the US that would suffer losses if the agreement was dismantled, and hence, they would help keep the deal from being scrapped. This is something that, I believe, Israel has tried hard to prevent over the past decades.

In your idea, what possible options do European countries, Russia, and China have in dealing with Iran in the future?

As long as we have not officially and practically violated the JCPOA, all signatories to the JCPOA except Trump will stay in the agreement. Their attempts to render US sanctions ineffective will be fruitful from 30 to 40 percent. As the United States’ new sanctions run counter to the UN Security Council resolution, the countries affected by the bans will file a lawsuit against the US for the consequences of Washington’s sanctions on their companies or banks, and may even take America’s assets in Europe and reimburse their citizens, companies and governments for their losses. Governments will urge cooperation with Iran and may create special mechanisms for that purpose. Now, they are discussing these issues during the current talks. However, major private companies, especially multinationals, will not work with Iran fearing fines and other penalties by the US.

In my estimation, they will ease pressure on Iran because of other issues as well. The reason is that they have no hope that the US would accept whatever amount of agreement that Europe will reach with Tehran over the provisions of the JCPOA as well as other issues not related to the nuclear deal such as Iran’s missile program and Middle East policy. So, being on a dilemma of pressuring Iran to gain more concessions (which is sometimes mentioned by Russia and France) and easing the pressure to forge closer cooperation with Tehran, they would go for the second option.

We should accept and believe that there is real difference between the US and Europe and between the hawks and doves inside the United States. When it comes to adopting a strategy, we should preserve the situation of maintaining a negative balance. As for tactics, we should stay in the JCPOA. We should pressure Europe to render Iran sanctions ineffective. Concerning issues other than the JCPOA, Iran should not be put under pressure. The policies adopted should help boost Iran’s defence capability to maintain regional balance and stave off a possible war. In the meantime, we should pay attention to the areas about which the Europeans are sensitive. We should work with the doves against the hawks. In other words, a united Iran should do this, not turn into a subject of controversy for different political parties. We should also unite and unify the domestic front.

How do you evaluate the US secretary of state’s threats against Iran? How do you see it that the US both withdraws from the JCPOA and makes serious threats?

The ultimate wish of the CIA’s former chief is to see differences emerge inside Iran over his declared policy, which would pit Iranian officials against one another, paving the way for Washington to capture Iran without even shooting a bullet. If this doesn’t work, then he would like to see war break out among Arabs, so that Moscow and Washington would pocket trillions of dollars each. He would like to see our and Arabs’ military prowess diminish, so that Israel will remain the one and only power. And even if this scenario does not materialize, he would like to get economic and security pressure increased, so much so that Iran would turn to Russia and become a second Crimea. This way, he hopes, the US would be able to rein in Iran through its dealings with the Kremlin, or maybe Tehran will take a U-turn and give in to Washington’s demands.

Can the US government’s stepped-up rhetoric against Iran be the result of the developments on the ground in Syria? If so, is their final objective to weaken and drive Iran out of Syria?

For one reason, it is Israel’s desire to see Iran leave Syria. For another, the Arab states in the south of the Persian Gulf want Iran to get out of Syria, and Russia wants Iran out for a third reason. Trump wants Iran to leave Syria for a fourth reason: His goal is to touch off a regional war.

How likely is it for some regional players to get into a military confrontation with Iran?

Trump is putting maximum pressure on Saudi Arabia and the UAE to drag them into war, but there are serious structural and political hurdles to that. At the moment, the US Congress is preventing Trump from taking any action. Naturally, this would ease Trump’s pressure on Arabs and decrease their courage to wage a war. Europe and China are an impediment to that, too.

How can we manage the simmering economic situation in the country brought about by regional developments?

Today, Iran’s issues are political in nature. Even people’s economic problems have their roots in politics. As long as stability, dynamism, mass popular participation, and a sense of responsibility are not established and reinforced in Iran’s domestic politics, Iran is threatened not only by foreign powers, but also by covert social rifts. If the local front is strengthened and consolidated, the negative impacts of foreign economic pressure as well as domestic problems will decrease. In order to have successful talks, negotiators should be backed up by a strong domestic front.

How do you predict the future?

Iran will manage to negotiate the current steep passageway, but this passing will come at different costs depending on the strategy chosen. It depends a lot on the game played by players in the foreign policy arena. What strategy takes priority in order to harness the fallout from foreign pressure? If the strategy adopted is a defensive one based on the mobilization of domestic facilities and capabilities, and all requirements are fulfilled, for example if social forces and political groups  reach agreement with the government in line with the fundamental principles of national interests, and if the pillars of the government observe the very same principles, and no one turns the United States’ current  economic war into a tool to advance his agenda, then Iran will overcome this challenge with the least possible costs. Other strategies have heavier prices to pay.