A political analyst says the Trump administration has adopted a more aggressive approach toward Iran than Obama’s did.

In an interview with ILNA, senior expert on US affairs Amir-Ali Abolfat’h has weighed in on Tehran-Washington relations and the approach adopted by the new US administration on Iran.

The following are excerpts from his Farsi interview: 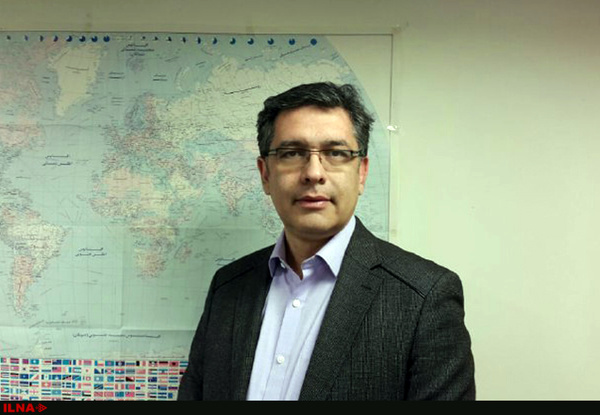 Trump Wants to Shift Blame for JCPOA Violation onto Iran

Iran should not be swayed by the emotional and propagandist atmosphere created by the US because the Trump administration wants to shift the blame for the violation of the JCPOA onto Iran. Washington-Tehran relations remained roughly unchanged in the year to March 2017 compared to previous years.

Plane Sales Part of US Commitments under JCPOA

One of the major issues for both Iran and the United States last year was the implementation of the JCPOA. The deal began to go into effect in early 2016. Based on reports by the International Atomic Energy Agency (IAEA), the authority responsible for the verification of the peaceful nature of Iran’s nuclear program, Tehran has lived up to all its obligations under the nuclear agreement. Americans have also made good on part of their commitments, among them the US Treasury’s agreement to sell passenger aircraft to Iran. But even regarding this issue, Washington adopted some measures which, in Tehran’s view, amounted to breach of promises under the deal and ran counter to the spirit of the JCPOA.

US Ratchets up Pressure on Iran over Non-Nuclear Issues

Washington began to ramp up pressure on Tehran over different issues. It all started during US President Barack Obama’s presidency and has reached a peak now with Trump at the helm of affairs.

The new US administration has adopted numerous measures against Iran. One of the recent cases of Washington piling up pressure on Tehran was the imposition of new sanctions under the pretext of Iran’s missile activities as well as some other issues. Add to that the law which restricts visa issuance and which applies to Iranian nationals as well. The law went into force after Trump came to power. These two examples show the new US administration has adopted a more aggressive behaviour toward Iran than the Obama administration did.

The first point to bear in mind is that Trump never said he would tear up the JCPOA; rather, Trump’s opponents during Republican caucus rivalries such as Ted Cruz and Marco Rubio had said they would do so. However, Trump slammed the JCPOA as the worst deal in the US history.

US Opting for Strict Implementation of JCPOA

Trump’s approach toward the JCPOA should be reviewed at three junctures: First, the election campaign during which Trump said the JCPOA had gone down in the US history; second, Trump’s power transition period when some of his advisors spoke of renegotiating some of JCPOA’s terms and conditions, a proposal not accepted by anyone; and third, Trump’s presidency. The White House had remained tight-lipped on the issue until a few weeks ago. However, Washington has begun to reveal its official position on the matter, and that is “strict implementation of the JCPOA.”

Strict Implementation of JCPOA by US is Pointless

The commitments that signatories to the JCPOA have undertaken to fulfil have been stipulated in the agreement. Iran, for its part, has delivered on its commitments. The IAEA, too, is monitoring Iran’s nuclear activities. Under such circumstances, the strict implementation of the nuclear deal would be pointless. Bringing up the issue seems to be a political move to please opponents of the JCPOA, who are among Trump’s supporters.

US Wants to Make Iran Nervous, Frustrated with JCPOA

The Trump administration has ratcheted up the pressure on Iran over non-nuclear issues such as unsubstantiated allegations that Tehran is supporting terrorism as well as Iran’s missile and regional activities. Accordingly, Washington has adopted and implemented more sanctions on Iran, hoping to be able to put Iran on edge and make it disappointed with the JCPOA in order to prompt the country to infringe upon the deal. This way, the US hopes to be able to reinstate previous sanctions, repeal the JCPOA and make Iran pay the price for the abrogation of the nuclear deal.

The Trump administration seems to be going to follow the policy of containing Iran, an approach the US has been pursuing since the victory of Iran’s 1979 Islamic Revolution.

Iran Should Respond to Any US Move

As for what Policy Iran should adopt vis-à-vis Trump, one should say reciprocation is definitely important in diplomatic calculations. Iran must respond to any US move. If the Americans opt to defuse tension and better manage their relations with Tehran, Iran should respond in kind. But if the White House seeks to fuel tensions with Iran, we should give an appropriate response.

It seems that a powerful anti-Iran current in the United States is trying to provoke Iran into contravening the JCPOA. Iran’s response should be proportionate to and consistent with US moves. If they adopt a measure against Iran in the missile arena, Iran should move to boost its missile capabilities. If they violate the JCPOA, Iran should respond in the same context and with similar intensity.