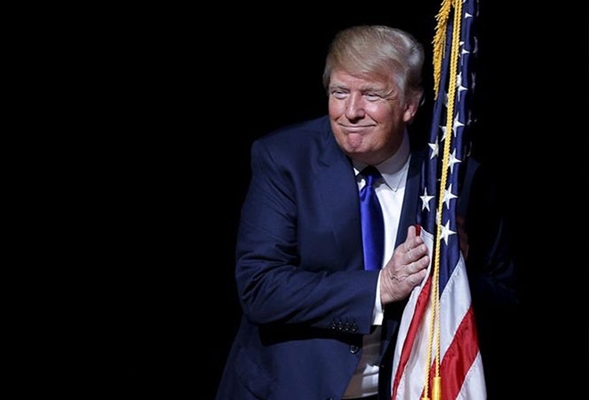 Historical experience shows the cause of many disasters through the course of history has been the mental problems of some country leaders.

Donald Trump, the 45th US president, is one of the characters who have come to power in recent years and whose behavior bears a striking resemblance to that of leaders who have caused destruction through history. In order to get a better understanding of Trump’s psychological condition, IRNA has conducted an interview with Saeed Abdulmaleki, a faculty member at university and a political psychology development researcher. The full text of the interview follows:

IRNA: How do you analyze Trump from a psychological point of view?

Abdulmaleki: A sudden action by a leader can change the destiny of a nation and can even have an impact globally. For example, if Adolf Hitler had not existed, the Second World War would not have broken out. Harold Dwight Lasswell was a leading American political scientist and communications theorist. Based on his studies on the clinical cases of political activists, Lasswell arrived at the conclusion that political leaders present their hidden personal conflicts within the framework of public objectives and symbols and [present them] as something logical and rational which is beneficial to the general public. He also concluded that political movements are a product of making personal feelings flow into the current of public issues.

In 2007, Frederick Coolidge and Daniel Segal brought together five experts on Hilter and asked them to evaluate him base on DSM-IV psychopathological indicators and personality disorders. The experts reached the consensus that in terms of personality disorders, Hitler suffered from paranoia, sociophobia, narcissism and sadism to a great extent. In another study, Coolidge and Segal conducted the same survey on Saddam Hussein. There was a rather high correlation between the personality traits of the two men. Therefore, most political leaders have suffered from mental disorders, and, accordingly, they have been reflected in domestic and foreign political decision making. Freud believes the current trend in everybody’s life is affected by their unconscious self, which is made up of everyone’s past and childhood memories that constitute his or her character. Trump grew up in a family most of whose members were businesspeople and had a lot of property and tenants.

Trump’s view toward the outside world was formed by living in Queens and Brooklyn neighbourhoods in New York, which are basically dangerous environments and where people have always been armed. It seems Trump’s viewpoint vis-à-vis the world and international politics as well as his mentality emanates from his living in those areas, the mentality that the world is a jungle and is a dangerous place where one should always be fighting. This mindset forms Trump’s current approach on the international stage. On the other hand, Trump’s personality is affected by an American self-concept in the general sense of the word. Americans have always regarded themselves as first-world citizens and better than others and believe they enjoy a kind of greater potentiality.

IRNA: Trump has divided the history of the world into the era before his presidency and the one after his presidency. He also likes to shuck off the past heritage form a new order himself. How do you analyze his easing of complex international issues in order to satisfy his sense of megalomania and narcissism?

Abdulmaleki: As I mentioned earlier, we can generally describe Trump’s character as a “narcissist authoritarian.” Narcissist people seek power. Moreover, they have charisma as well. They come to power in times of crisis when people are looking for a powerful leader who can improve the situation. Trump was elected US president at a time when Obama had, before him, degraded the US in the minds of international circles and the US society itself by adopting a policy of leniency as well as downplaying the United States’ prestige and authority. Trump was somehow the symbol of the United States’ lost narcissism which needed to be revived. So, there is no doubt that Trump will definitely be re-elected president for a second term in the upcoming elections.

In the typology of political leaders, Lasswell categorizes political leaders into three groups: agitators, reformers and managers. In Trump’s estimation, the posture of an agitator is the same as an authoritarian’s. It seems Trump seeks to make a superman of himself and upset the current regulations ruling international regulations in such a way that it will bring him confirmation and respect to tackle his unsolved mental complexes.

IRNA: In dealing with Iran, Trump frequently uses the policy of carrot (talks) and stick (sanctions and psychological warfare). Is there a proper psychological analysis of Trump’s contradictory behaviour?

Abdulmaleki: Trump’s policy, especially toward Iran, is one of pressure and psychological warfare. Trump uses different options of talks as well as carrot and stick at the same time, so that one of them might work. He mostly uses techniques of psychological warfare and imposing his will on the other side, and continues doing so until the other side comes down with mental and spiritual collapse and is forced into submission. This is a technique that he uses.

IRNA: So, based on what you said, I think our standoff with Trump is more of a psychological rather than diplomatic and political nature. How should our officials deal with Trump as the key decision-maker in the United States.

Abdulmaleki: Look, the United States has a kind of historical mistrust and phobia vis-à-vis Iran. Due to the psychological wounds it has sustained over the past four decades, the US has adopted a policy of animosity and revenge. Moreover, from the standpoint of political psychology of international relations, the hegemony of the West, especially that of the US, hinges on the idea that no government, particularly those in the Middle East and Muslim countries, must not survive for more than 40 years because of the idealistic approach that exists. Because of these two reasons, the US is seeking a regime change in Iran. 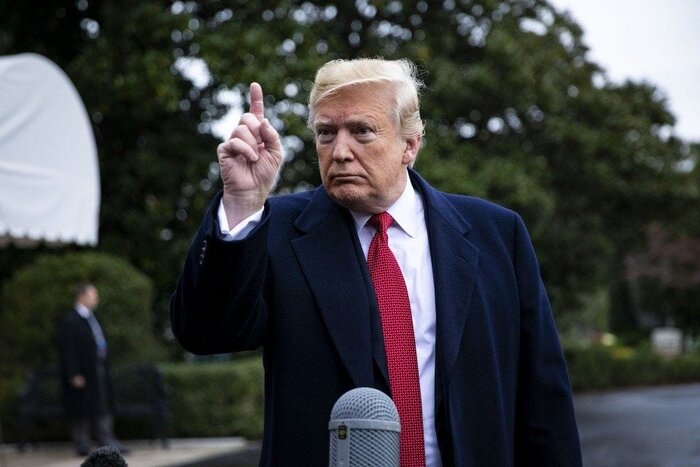 In my opinion, we should do two things under these circumstances, one on the domestic policy front and the other on the international stage. We should stop putting the blame on others for our shortcomings and weaknesses, and solve our problems ourselves. We should first tackle the identity crisis we are suffering on the political, cultural and social front. We should stop being scatter-minded, and stop preferring individual, ethnic and sectarian interests to national interests and identity.

On the international stage, especially in dealing with the US, we should turn to confidence-building and settling conflicts. To that end, it is necessary to adopt a policy of open dialogue and speech therapy in order to resolve both within and without. Speech therapy will bring with it cognitive behavioral therapy and the elimination of intellectual and perceptual errors of both sides. By speech therapy and elaborating on Iran’s intentions and explaining the fact that Iran’s nuclear activities have a deterrent nature, we may be able to put an end to this misunderstanding and gradually settle the conflict and tensions and the difficult security situation and get the heart and mind of the international community to get on board with us. Of course, it would be an arduous and time-consuming task. All in all, each policy belongs to its special period of time.