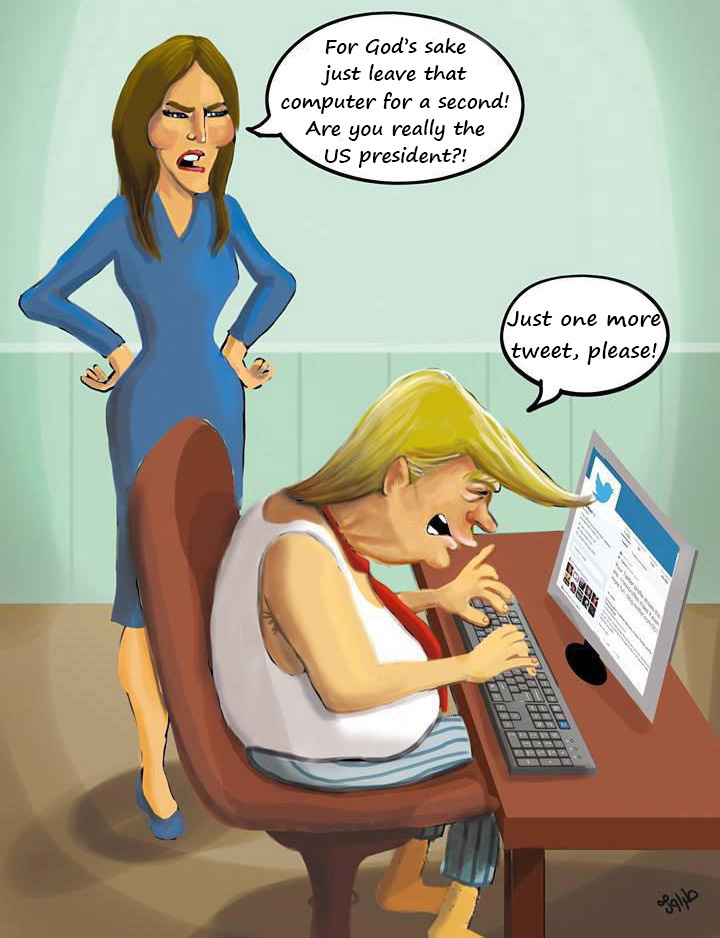 While most American people are asleep, US President Donald Trump is usually up and tweeting about things that make him angry.

Trump has used his Twitter account, especially in the midnight or early morning, to explicitly declare his policies and comments about everything since the beginning of US presidential campaign, and he has kept his habit even now that he’s elected as the US president.