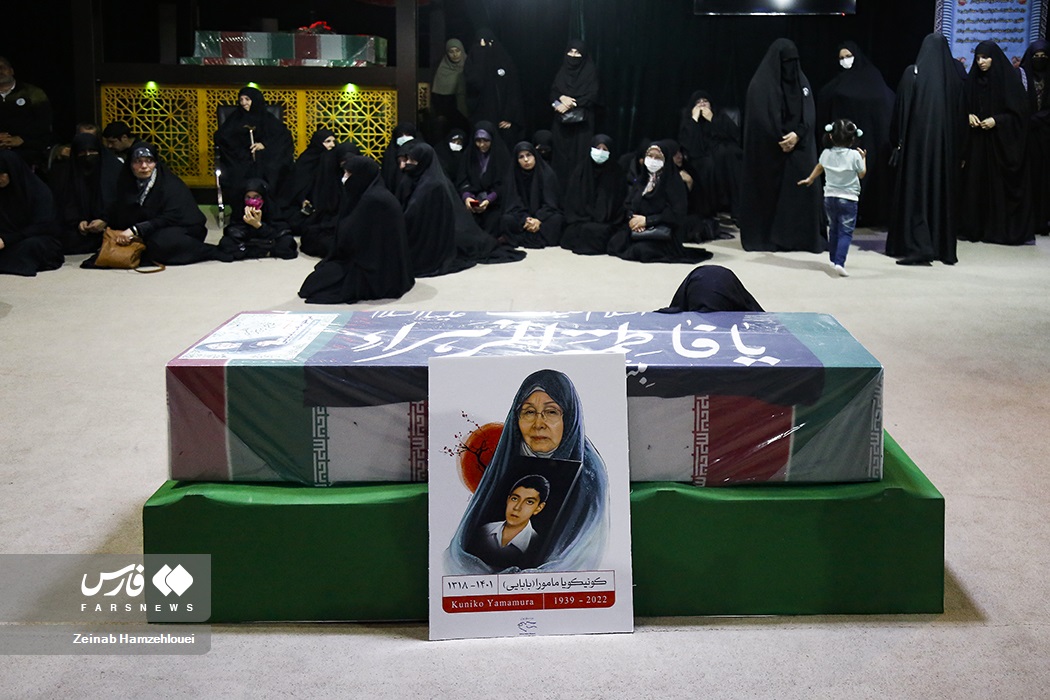 Iranian officials, dignitaries, and institutions are sending condolences messages over the death of the revered Japanese mother of an Iranian Sacred Defense martyr.

Iranian President Ebrahim Raisi, in a message said, “The Immigrant of the Land of Sun, by raising her brave son, precious martyr Mohammad Babaei and dedicating him to the defense of the Islamic homeland of Iran, made her name and her son’s name and memory eternal forever in the golden book of sacrifice and martyrdom.”

The Iranian president praised the Japanese mother of the martyr for her valuable cultural and media activities after the martyrdom of her son, including construction of Martyr Mohammad Babaei School in Yazd, establishment of the Tehran Peace Museum, establishment of charity markets, assisting Japanese students in Iran, and teaching the Holy Qur’an.

Yamamura got married to an Iranian Muslim in Japan and converted to Islam. She changed her name to Saba.

Her 19-year-old son was martyred during the Iraqi-imposed war in the 1980s.

Her memoirs have been compiled in a book titled ‘The Immigrant of the Land of Sun.’