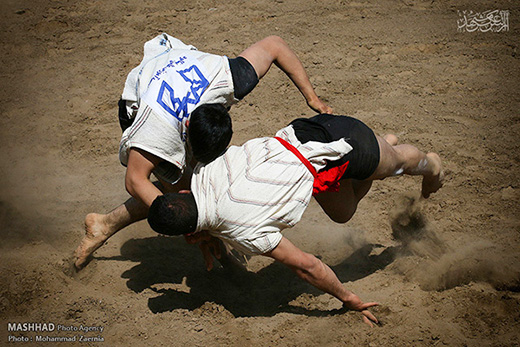 A photo gallery which features wrestlers vying for the top prize at Iran’s traditional wrestling championships in Khorasan Razavi Province.

Neyshabur, northeastern Iran, played host to a 19th round of national traditional wrestling tournament on April 9.

The snapshots below of the competition have been released online by mashhad, a website: