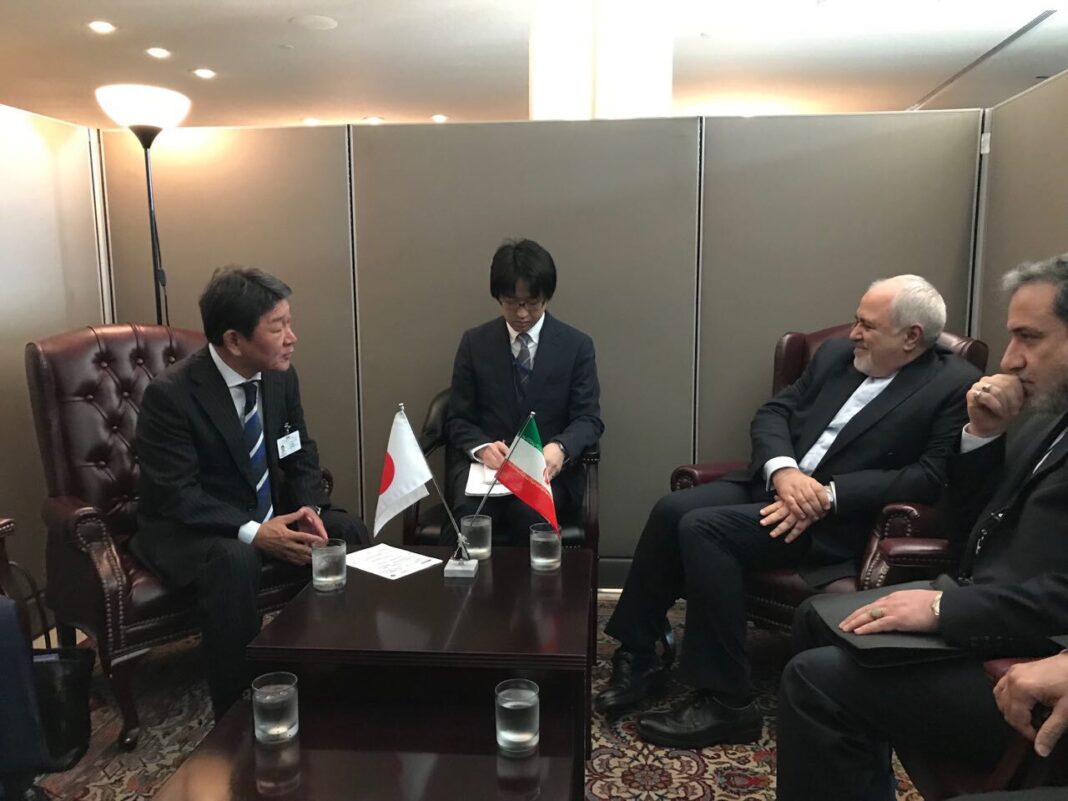 Foreign ministers of Iran and Japan have held a meeting on the sidelines of the 74th annual session of the United Nations General Assembly in New York.

In the meeting with the incoming Japanese foreign minister, Zarif praised Tokyo’s efforts to promote cooperation with Tehran, saying Iranian President Hassan Rouhani was also eager to meet the prime minister of Japan in New York.

“We believe that incidents in the region are a result of the belligerent policies. We are prepared to help end the Yemen war,” Zarif added.

The Iranian foreign minister also noted that President Rouhani was attending this year’s UN General Assembly with a regional peace plan, including an initiative for a peace coalition at the Strait of Hormuz.

The Iranian president had announced on Sunday that he would put forward a plan called “Coalition of Hope” and “Hormuz Peace Initiative” at the UN meeting.

“This year, we will introduce to the world a plan which underlines that the Islamic Republic of Iran can ensure security in the Persian Gulf and the Sea of Oman in cooperation with regional countries,” he said.