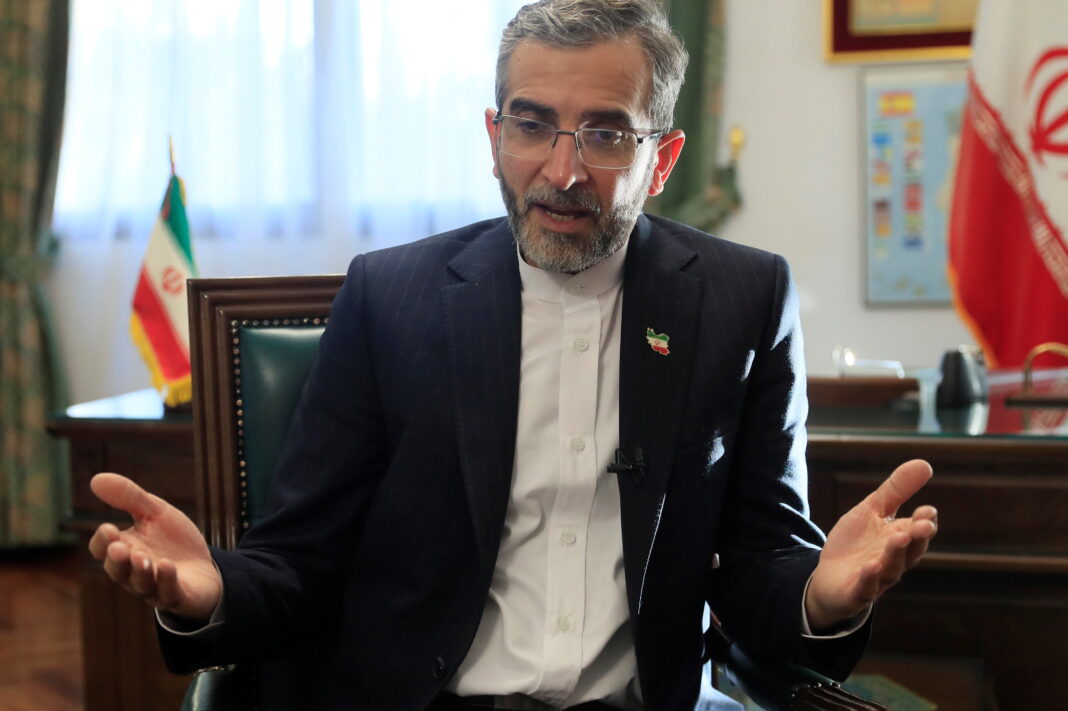 Experience shows that the west does not seek to implement a deal. Rather, it seeks to score public perception points by announcing one while stealthily “dis-implementing” the agreement in every possible way, Iran’s Deputy Foreign Minister Ali Bagheri wrote in an op-ed in The Financial Times.

This week, Iran and five global powers gather in Vienna for so-called “nuclear negotiations”. This very term — which is used to refer to the Joint Comprehensive Plan of Action (JCPOA) agreement — is rife with error.

Western countries, in particular the US, work tirelessly to portray “negotiations” as merely a process to restrict Iran’s legitimate and peaceful nuclear programme, which is enshrined in international treaties and watched by oversight organisations. From Iran’s perspective, however, “negotiations” must pursue real objectives, observed by all parties.

In this vein, we have two goals: the first is to gain a full, guaranteed and verifiable removal of the sanctions that have been imposed on the Iranian people. Without this, the process will continue indefinitely. “Negotiations” without an airtight solution benefit no one.

The second is to facilitate the legal rights of the Iranian nation to benefit from peaceful nuclear knowledge, especially the all-important enrichment technology for industrial purposes, according to the terms of the international Non-Proliferation Treaty (NPT).

Previous attempts to close the “trust gap” between parties of the nuclear talks have failed mainly because the west regards any agreement solely as an established platform from which to launch more pressure against Iran. In English, you call it “moving the goalposts”.

This is the crux of the dispute that has forced us, six years after the initial agreement, to the table yet again. We will be starting these new discussions under circumstances influenced by the unfortunate fate of the JCPOA, when US president Donald Trump unilaterally decided to abandon this deal. This was a terrible betrayal of trust for Iran and Iranians.

Experience tells us that the west does not seek to implement a deal. Rather, it seeks to score public perception points by announcing one while stealthily “dis-implementing” the agreement in every possible way. From our experience, this is followed by actions to “hijack” the JCPOA platform to force Iran to make more concessions in areas unrelated to the nuclear issue. As a result, the Iranian people trust neither the process, nor its outcome.

It would be naive to attribute these problems solely to the Trump administration and to his “maximum pressure campaign”. Constant US efforts to deny Iran any economic benefits for reducing its nuclear activities are why many once-passionate Iranian defenders of the agreement have now changed their minds: they no longer trust either its tangible benefits or its intent. Trump merely removed the velvet gloves from the cast-iron hand of the previous US administration.

From our viewpoint, past blunders should not be repeated. We have all, respectively, learned over the past six years what and who can be trusted. To ensure any forthcoming agreement is ironclad, the west needs to pay a price for having failed to uphold its part of the bargain. As in any business, a deal is a deal, and breaking it has consequences.

Iran remains committed to the process and we will adhere to our commitments. From our perspective, the principle of “mutual compliance” cannot form a proper base for negotiations since it was the US government which unilaterally left the deal. The US should therefore demonstrate that it is serious this time, and that it possesses the necessary competence to fulfil its commitments.

In Iran’s recent presidential elections, voters decided to invest their confidence in a paradigm that espouses a more realistic engagement with the west. Actions now matter more than mere words. We should be offered a clear and transparent mechanism to ensure that sanctions will be removed. For what other conceivable reason would we compromise regarding Iran’s technological advances and nationally-precious domestic nuclear programme?

Iran did not succumb to the use of either military threats, economic sanctions or “maximum pressure” under Trump and it will not do so under Joe Biden. In order to secure the rights and interests of our nation, we are ready for a fair and careful discussion, based on the principles of “guarantee” and “verification”. This must prioritise compensation for the violation of the deal, which includes the removal of all post-JCPOA sanctions.

In return, Iran is ready to voluntarily fulfil its nuclear commitments in accordance with the agreement. We remain prepared to react proportionately to any pressure and reciprocate any goodwill gesture.

We have made our choice. We will now find out whether or not the west has the will to enter real negotiations.