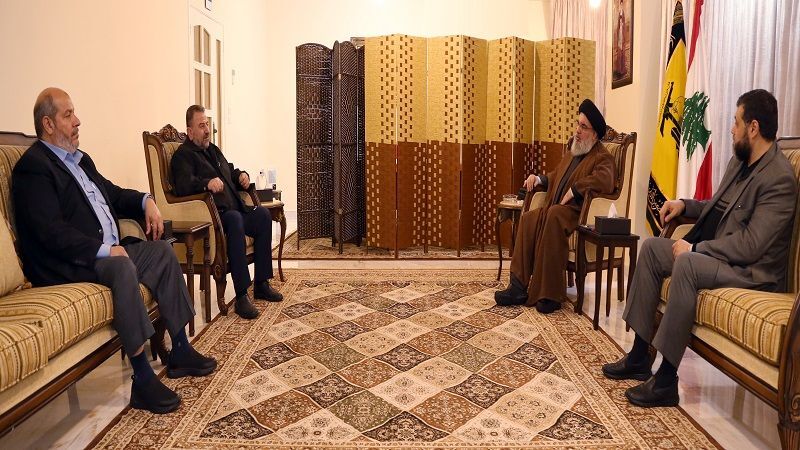 According to Lebanon’s al-Ahd news website, the Hamas delegation was led by deputy chief of the movement’s political bureau Saleh al-Arouri.

According to the report, the two sides discussed the latest developments in Palestine, especially the recent tensions and clashes in Sheikh Jarrah neighborhood of al-Quds and the outlook of a conflict between the resistance front and Israel.

Forced evacuations in Sheikh Jarrah were the root of the May 2021 bloodshed against Palestinians and a short flare-up of conflict between Hamas in Gaza and Israeli forces.

Sheikh Jarrah has become a rallying point for Palestinians protesting forced evacuations and destruction of their homes across the occupied territories, especially in the villages near Nablus in the West Bank.