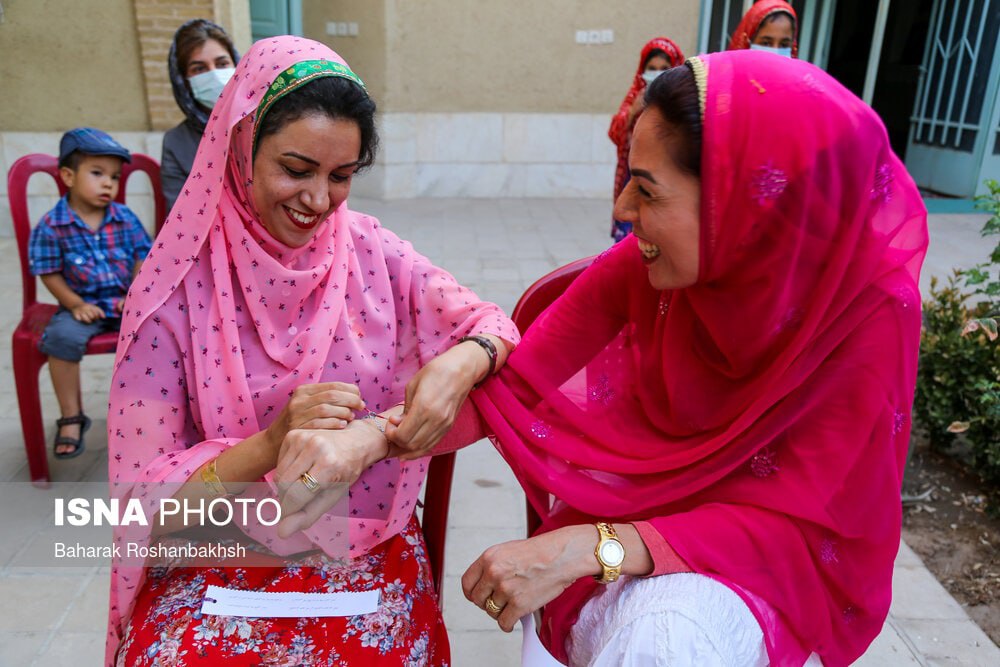 The Tirgan Festival, along with Nowruz, Mehregan and Sadeh festivals, is among the most important festivities of ancient Iran, which used to be performed with special splendor.

Special rituals were performed during Tirgan Festival, including the rituals of Ab-Pashi (splashing water), Fal-e-Kouzeh (using a vase for augury), Tir bracelet and Baad (wind).

Water has a significant place in Tirgan Festival. That is why this festival is usually staged along a river or a fountain.

One of these rituals is splashing water on others to get rid of the sweltering summer heat during the month of Tir (mid-June to mid-July).

Another of the Tirgan rituals is Fal-e-Kouzeh or Chak-o-Dowlah, as known in the central city of Yazd.

As part of the ritual, a girl is given a green vase of clay, which is called Dowlah, the day before the festival. She fills up the vase with clean water and puts a green silk handkerchief on its mouth. Then, she takes the vase and visits anyone who has a wish and asks them to take part in the festival.

They throw small objects, such as rings, earrings, hair clips, coins, and the like, into the Dowlah. The girl then takes the vase under an evergreen tree, such as a cyprus, and leaves it there.

On the day of Tirgan Festival, after the water splashing ritual, all those who threw objects inside the vase and had a wish, gather around and the girl brings the vase there. Most of the participants in this augury are women. During the ritual, the elderly take turns to sing songs aloud and at the end of each verse, the girl takes an object out of the vase. Accordingly, the owner of the object finds out which verse corresponds to her wish.

At the beginning of the festival, after eating sweets, participants tie a rope, known as Tir-o-Baad (Tir and wind), which is woven out of seven threads of different colors, round their hands. They untie the rope nine days later, take it to a high place, like a rooftop, and let it blow away in the wind, so that the rope takes their demands and wishes as a message to where it should.