Time Running out for US to Lift Sanctions, Return to JCPOA: Iran 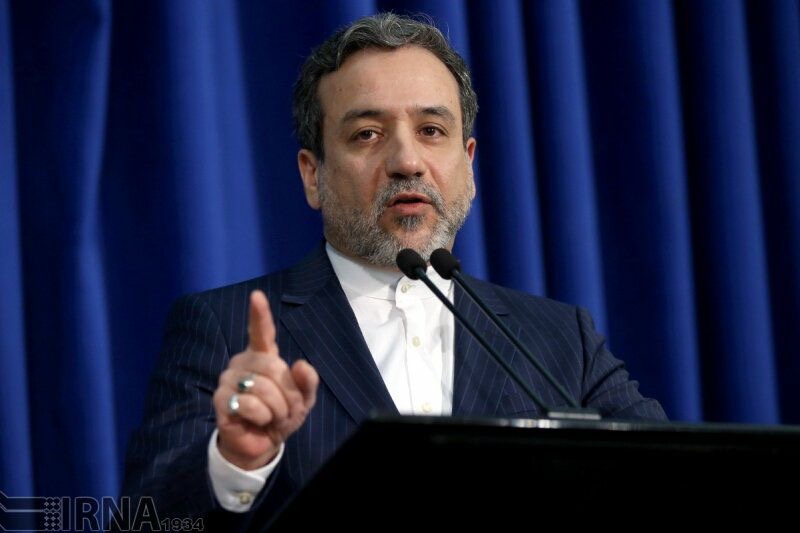 A senior Iranian diplomat says the window of opportunity is getting closed for the United States to remove its anti-Iran sanctions and rejoin the 2015 nuclear agreement, officially known as the Joint Comprehensive Plan of Action (JCPOA).

“If they want to preserve the JCPOA as a very important diplomacy achievement and a very significant tool in the nuclear non-proliferation regime, they should make up their minds very quickly because … time is running out,” said Araqchi in an interview with the China Global Television Network (CGTN).

“We are not in a hurry, but the new administration in the United States should adopt its policies on the JCPOA very quickly. Otherwise, this chance could be missed,” Araqchi note.

He touched upon legislation by the Iranian Parliament to counter sanctions.

“Parliament has instructed the government to immediately start uranium enrichment to the 20-percent purity level. This is something which we did almost a month ago, and afterwards, thebParliament decided to stop the voluntary implementation of the Additional Protocol two months after the legislation went into effect,” Araqchi explained.

‘The deadline is February 21, 2021. So, if sanctions are not lifted by that date, we have no other option but to implement the decisions which have been adopted and halt the implementation of the Additional Protocol,” said the deputy foreign minister.

He also responded to remarks by US President Joe Biden who had said Iran needs to comply with its commitments under the JCPOA before Washington lifts sanctions.

“The US should lift sanctions and [stop] actions against Iran first,” he underlined.

“Iran stands ready to immediately and fully return to its obligations under the JCPOA,” he said.

“The situation is crystal clear. It is not Iran that left the JCPOA; rather, it was the US that withdrew from the agreement,” he said.

“The US chose to stop being a party to the JCPOA. They left the [negotiating] table and re-imposed sanctions. They even slapped new sanctions against Iran,” he said.

“Now, if their policy is to return to the JCPOA and become a signatory to the deal once again, they should lift sanctions,” Araqchi stressed.

He noted that Iran’s scaling down its commitments under the JCPOA was in reaction to the United States’ violation of the deal and the re-imposition of sanctions on Iran.

He said Iran can return to its obligations as stipulated in Clause 36 of the JCPOA.

“Everybody is saying that it is the US that should return to the JCPOA first,” he said.

“Whenever they rejoin the deal and lift sanctions against Iran and we confirm that sanctions are lifted, then we will be ready to return to the JCPOA immediately,” he said.

Araqchi was asked by the CGTN to give his thoughts on US President Joe Biden’s remarks that if Washington is supposed to enter into negotiations with Tehran on rejoining the JCPOA, it might bring up other issues such as missile issues and Iran’s regional activities.

“It is out of the question,” he said in response.

Araqchi reiterated that the JCPOA only concerns “Iran limiting its peaceful nuclear work in return for the lifting of sanctions, and that’s all.”