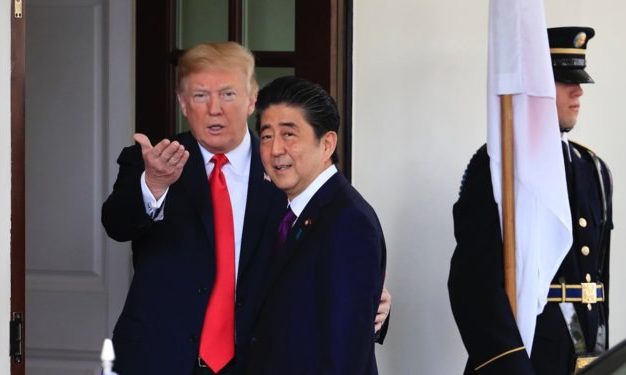 US President Donald Trump’s recent visit to Japan and his meeting with Prime Minister Shinzo Abe as well as his statements in Tokyo about Iran contained new points which might not be noticed at first glance.

Reports say Japan’s Prime Minister Shinzo Abe will probably travel to Iran and he is scheduled to announce his final decision after consulting with Trump.

However, after speaking to Trump in Japan and welcoming the efforts of the Prime Minister of Japan to mediate and establish a dialogue between Iran and the United States, he seems to have given the green light for Shinzo Abe’s visit to Tehran in the near future to mediate.

According to Donya-ye Eqtesad newspaper, Trump’s visit to Japan and his meeting with Shinzo Abe as well as the statements he made in Tokyo on Iran contain new points. The first point is that the president encouraged the prime minister of Japan to travel to Iran.

“I know that both Japan and its prime minister have good relations with Iran,” Trump noted by saying that he welcomes Japan’s efforts.

“We will see what will happen.”

The second point is that the visit of Japan’s prime minister to Iran while presenting important messages amidst the current crisis will be the first visit of a top Japanese official to Iran during the past 40 years. Naturally, his decision to travel to Tehran after visiting Trump in Japan could strengthen the possibility of activating mediators.

The third point is that Trump told Abe at a news conference that he is not seeking “regime” change in Iran, and even claimed that Tehran could be an effective player with the current government.

This is while he has repeatedly called the Iranian nation “terrorist” and his administration had set 12 conditions for negotiating with Iran. Therefore, these remarks can be seen as another back off in Trump’s policies regarding Iran.

Some analysts believe these remarks are kind of a green light for talks with Iran, especially as he did not speak about missile program and merely stated that Tehran should say no to nuclear weapons.