Thousands of Palestinians detained by Israeli soldiers in 2022: Report 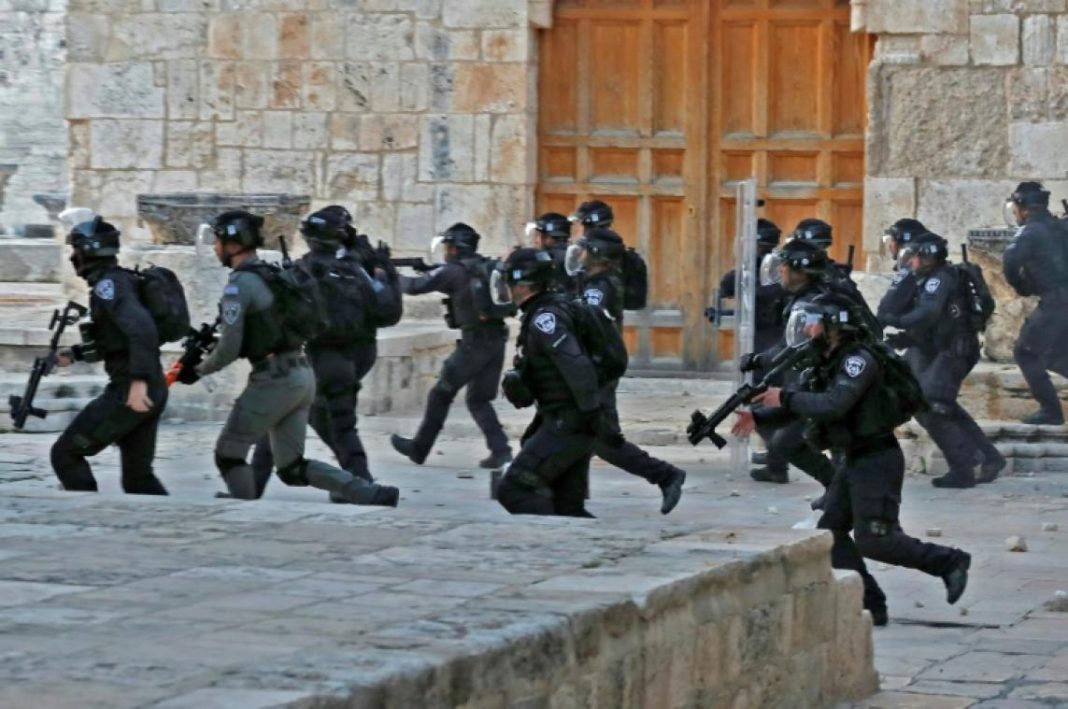 A Palestinian rights advocacy group has reported that the Israeli forces arrested a total of 7,000 Palestinians, including hundreds of women and children, in 2022.

The figure was released on Sunday in a report issued by the Palestine Center for Prisoners’ Studies (PCPS).

“Israel arrested 865 Palestinian children, including 142 under the age of 12, in 2022,” Riyad al-Ashqar, the director of the Center, said, adding that some of those children had not even reached nine years of age, and all detainees were subject to abuse, torture or humiliation.

The official noted that the Israeli forces, in one such case, arrested the two-year-old Hammoudi Amash at the Barta’a checkpoint, claiming that he insulted the Israeli soldiers stationed there.

The report said minor Palestinian girls as young as 14 years old were among the detainees, adding that the Israeli courts imposed fines of up to $140,000 on the families of detained Palestinian children despite their deteriorating economic conditions.

There were at least 164 arrests of Palestinian women among those detained by the Israeli forces during the same period.

Administrative detainees have neither been charged with a crime nor granted a trial, and they and their lawyers are prevented from seeing the evidence against them.

Al-Ashqar stated Israel has also escalated its crackdown on Palestinians expressing their opinions online, especially on Facebook, adding that 410 Palestinians have been detained following online activity, under the pretext that their social media posts were “incitement against the occupation.”

Some of them received prison sentences, while others were transferred to administrative detention without trial, the official said, adding that most of them were also ordered to stop using Facebook and other social media platforms for several months.

The damning report on Sunday followed a statement released by the Commission for Detainees and Ex-Detainees Affairs last Monday, which said Israel had placed more than 600 Palestinian children under house arrest during 2022.

It added that the restraining method has been mostly used against children and youths in the eastern side of the occupied city of al-Quds in the West Bank.

The Israeli authorities, the statement noted, resort to the method since it enables the occupying regime to bypass its own laws that prohibit imprisonment of children under the age of 14.

While under house arrest, Palestinian minors are forced to wear a bracelet monitor at all times, and are not allowed to go to school or even a clinic without being accompanied by a supervisor, the body said.

Last year also proved to be the deadliest for Palestinians so far, since 2005, when the United Nations started keeping a tally of the Israeli-caused Palestinian fatalities.

Since the start of 2022, Israeli troops have killed more than 220 Palestinians, including more than 50 children, in the occupied West Bank and the besieged Gaza Strip, the world body reports.

The Israeli regime’s forces and its illegal settlers noticeably intensified their attacks against Palestinians across the occupied territories last year.

Analysts believe that Israel uses the heightened brutality as a means of forcibly expelling Palestinians from their lands and making way for expansion of illegal Jewish-only settlements.