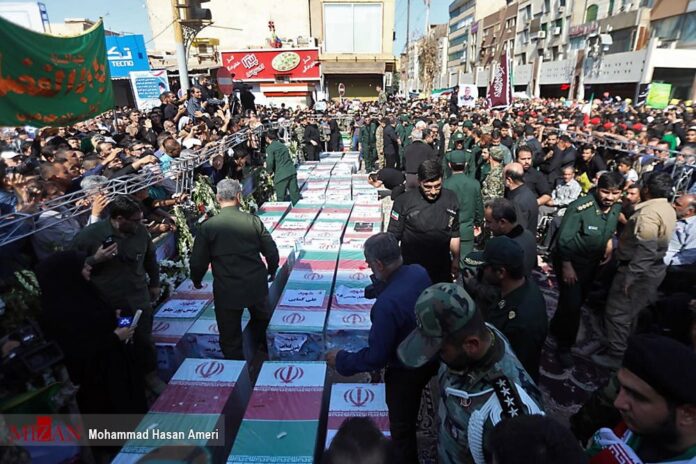 A funeral procession was held on Monday for those martyred in the Saturday terrorist attack on a military parade in the city of Ahvaz in the southern Iran.

People turned out in droves to attend the funeral which was held on September 24, 2018.

They chanted slogans against the US and hypocrites while paying their last respect to the victims.

Present at the ceremony was Iranian Intelligence Minister Mohammad Alavi, who offered condolences on the tragedy.

“The criminals who committed this crime should know that people of Islamic Iran will not remain silent in the face of this crime. The crime of killing a 6-year-old child and shooting women and children is not something that the Islamic Republic can condone,” said the minister.

“The terrorists were killed, and their accomplices will be identified to the last person thanks to efforts by security, police and judicial authorities,” he added.

The intelligence minister said most of the perpetrators have been identified and they will face justice.

“That will send the world the message that Iran is no place for such crimes, and that criminals will pay the price for their acts,” he said.