The West made a strategic mistake: promotion of a fake Islam 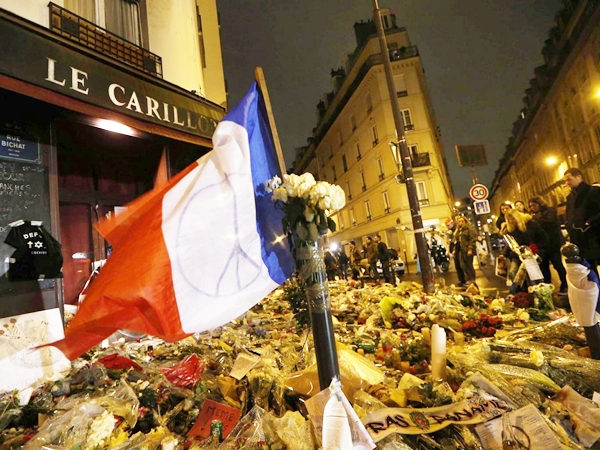 An Iranian expert has said that the West should present the real picture of Islam if it seeks to get rid of terror attacks and have security in its backyard.

An Iranian expert says that the Europeans have tried in recent years to stop the spread of Islam by painting a frightful picture of it. To that end, he says, they have introduced a violent and horrific version of Islam [and a negative image of its followers] through a media blitz.

Mohammad Esmaili Dehaghi made the comment in an opinion piece published by Tasnim News Agency on November 21 on the Paris terror attacks and its aftermath. The following is the translation of part of that piece:

After the identity of those behind the multiple terror attacks in Paris was established, it was revealed that some of the perpetrators are of European background. This shows one key point: The West has ignored one unavoidable reality, something the Western leaders have overlooked so far.

The strategic mistake the West has made comes from its miscalculation of the way it should deal with growing Islamism. The West has played a [dangerous] game which has eventually threatened the security of Europe.

In recent years the Europeans have tried to stem the spread of Islam by frightening people from Islam. To reach their goals, they have launched a media campaign and presented a violent and scary reading of Islam [and identified its followers as violent and dreadful]. What they’ve done is known as Islamophobia about which hundreds of articles have been penned.

By the same token, scores of films, TV series and propaganda packages including graphic designs, caricatures and far-from-reality reports which center on Islamophobia were made with which the readership is sufficiently familiar.

By launching such poisoned media blitz, they expected to see people turn their back on Islam and the spread of Islam halted. Unfortunately their propaganda campaign did work to a great extent and somehow slowed down the growth of Islamism in Europe.

But in practice, these poisoned propaganda bred yet another incident: criminals and murderers embraced the fake Islam the West propaganda machine had introduced.

Following the release of images featuring the details of crimes committed at the hands of Takfiri groups in Syria and Iraq, the European citizens who had been interested in such groups started to [leave their homeland to] join the [terror] groups. Perhaps today we would not have witnessed incidents like what played out in Paris, if the European leaders had done something to bring back their nationals [after they were recruited by ISIS] instead of adopting a double-standard approach to terrorism.

To put it simply, I should say that Europe has no way out but to choose one of these two options sooner or later:

First, Europe has to accept the continuation of Islamophobia and reverse propaganda which will lead to the recruitment by the Takfiri groups of criminals and killers, and as a result the repeat of terror attacks in Paris and Turkey.

Second, Europe should admit its past propaganda mistakes and introduce the real Islam, something which will bring to an end the joining of violence seekers to the Takfiri groups. As a matter of course, when the real Islam is introduced to nations, Islamism will grow among people in Europe because the genuine Islam by itself is a messenger of peace and friendship among nations.

It is worth mentioning that the central theme and the original content of Islam are so much attractive that the entire Arabian Peninsula warmly welcomed Islam after the holy Muslim Prophet set out his mission and the divine faith was rapidly promoted in the world. It all happened in a short period of time when there was no Internet or other forms of communications.

If seems logical if the European leaders inevitably try to protect the lives of their citizens and ensure the security in their continent by choosing the second option: introduction of the real Islam. [They are expected to make a good choice], but the Zionist lobby and its deep-rooted enmity toward Islam is highly unlikely to let the European leaders make such a decision.