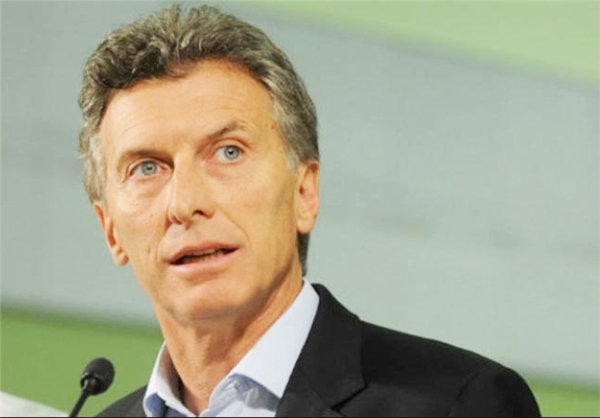 An Iranian expert says that the settlement of the AMIA case depends on what happens after the implementation of JCPOA and ties between Iran and the West.

Daniel Scioli, the candidate endorsed by former President Cristina Fernandez de Kirchner in Argentina’s presidential election to replace her, was defeated in a runoff vote over the weekend.

The presidential terms of the Argentine president came to an end at a time when the judicial case involving the bombing of AMIA [Argentine Israelite Mutual Association in 1994] remained pretty much open. A case which put enormous pressure on the former president whose opponents used the bombing as leverage against her.

Many analysts believe that Argentina will pursue a new diplomatic line under the new president. Khabaronline’s Zohreh Noruzpour has interviewed one such expert: Hadi Alami Fariman. The following is the translation of part of the interview the news website released on Tuesday:

Q . What is your assessment of Daniel Scioli’s defeat? Does it mean that the Argentine government’s policies have failed?

A. The Argentine people were sick and tired of austerity measures, and of Cristina Kirchner’s confrontation with the International Monetary Fund and Washington lenders. The recent murder of the judge in the AMIA case was another factor that to some extent complicated things for the government and prolonged domestic tensions.

The theory of suicide and then murder of the judge and the overhaul of the intelligence agency had overshadowed Cristina Kirchner’s government and sometimes led her to the brink of frustration. Critics capitalized on this situation to announce that she was incompetent, in judicial matters in particular.

The pressure was obviously felt in her recent speeches at the UN where she lashed out at the current international order. Some interpreted it as a shot at blame game for the domestic problems she was facing. De Kirchner’s long rule had exhausted the Argentine people. The stage was set in Argentina for change. People were tired of sloganeering of Peronist Populists.

Q. What kind of changes can be expected in foreign policy?

A. The most significant strategic changes lie in this field. The president-elect has explicitly declared that he will distance Argentina from populist Venezuela and Iran, and will cement ties with the Pacific Alliance member countries including Peru, Mexico, Colombia and Chile, will reinforce ties with Washington, especially in combating drug smuggling, and above all, will establish strategic ties with Brazil. All of these changes, particularly the rethinking of ties with Venezuela, will leave serious impact on the region.

Q. What’s your prediction of the AMIA case and its settlement with the Islamic Republic of Iran?

A. With changes in foreign policy and more bonds between Macri and Washington, the AMIA case will most probably remain unchanged and will be used as leverage against Iran. Mrs. Kirchner made lots of efforts to settle the case, but those efforts had no effective results except for a memorandum of understanding and a number of diplomatic dialogues.

It is unlikely for the case to be closed under the new government. The settlement of the case could hinge on the change in situation after the implementation of the Joint Comprehensive Plan of Action as well as on ties between Iran and the Western countries, including the US.

Queiroz: Two personalities in the game made the difference! The referee and Messi

Iran Defeated by Argentina after Referee Mistake against Queiroz’s Men