The Iranian “Voices of The Earth” Are Heard in Japan 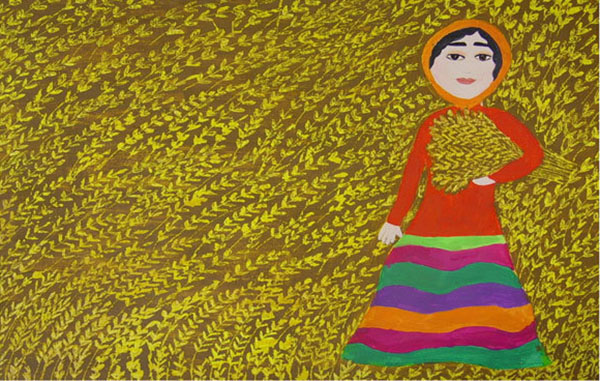 As reported by Mehr News Agency, Voices of the Earth was the subject of this competition, in which a third Iranian participant also received an honorary award.

The second prize was received by Milad Sadeghi, a 15-year-old boy from Ardebil, for bringing a terrible scene of tree-cutting to the attention of the world. His drawing depicts the sorrowful face of a man sitting on a tree branch, bearing witness to the horror of this violent act. 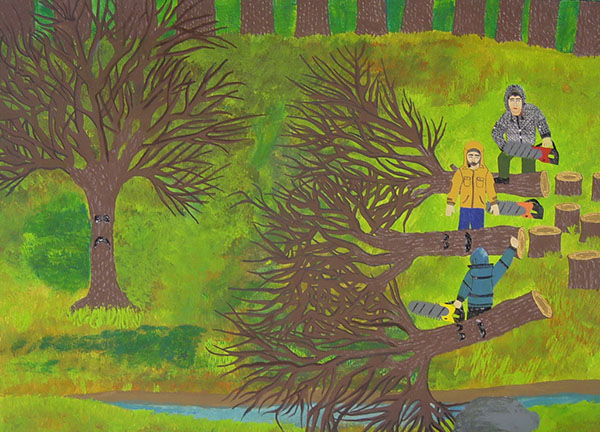 Last year, a young Iranian girl from Kerman was among the top winners of this competition. This year, apart from the two winners mentioned above, the judges also awarded the 11-year-old Negin Sadeqian from Isfahan with an honorary diploma. She drew a farm beside a village at the foot of a mountain, where girls are playing happily wearing traditional dress, and birds are flying overhead. Unconsciously, the image of the village mosque reminds Muslims of the peaceful sound of Azan.

25 Iranian drawings from IIDCYA (Iranian Institute for the Intellectual Development of Children and Young Adults) were entered into this well-known competition in 2015. They competed with 18,299 drawings from 85 countries around the world. Apart from the awards for the winners, selected drawings will be given to all participants in the form of a postcard.