The chance for failure of nuclear talks is low: Mousavian 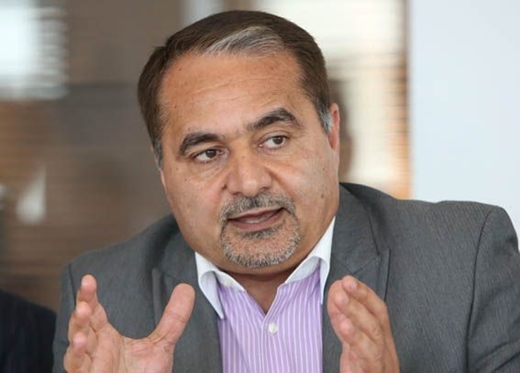 The chance for failure is low, Mousavian, currently a research scholar at Princeton University, said.

Seyed Hossein Mousavian, a former Iranian nuclear negotiator, sounds optimistic about the outcome of nuclear talks between Iran and 5+1.

“The chance for failure is low,” Mousavian, currently a research scholar at Princeton University, told the English-language Tehran Times daily. The following is the text of the interview:

Q: Iran has requested an immediate lifting of economic sanctions after a final pact with 5+1 group, however, some American diplomats have said the sanctions will be suspended six months after the final agreement. Will Iran bow down to such a proposal?

A: The issue is about the immediate lifting of economic sanctions after the signing or implementing the deal. It seems the sanction relief would be a gradual procedure proportionate to the implementation of the deal by each party. The negotiators would have to define a step-by-step plan, with a timetable and proportionate reciprocation.

A: The regional affairs are not necessarily in two different tracks. Iran and the U.S. are supporting the same governments in Baghdad and Afghanistan. They both oppose terrorist groups such as Al-Qaeda and ISIS. There is no doubt, however, that Tehran and Washington differ on crisis management strategies and the new regional order. They both have common interests on some issues and differences on some others. Success on the nuclear talks would set the precedence and stage for both countries to continue negotiations and possibly cooperate on regional crisis.

Q: Some analysts say with an agreement with Iran Obama wants to leave a legacy of himself and more importantly to facilitate the path for a victory of Democrats in the next presidential election. What is your opinion on that?

A: President Obama is indeed carved a different path compared to his predecessors. To the best of my knowledge, Obama is serious about bringing a close to the Iranian nuclear file and put into place measures to end 35 years of hostilities between Iran and the U.S. I believe President Obama and U.S. Secretary State John Kerry present an opportunity for détente, which may not be repeated in coming years. In case of success, Democrats will benefit in the next presidential election and Obama would leave a historical legacy resolving strained relations with Cuba & Iran, in addition to the nuclear file.

Q: If the Iran nuclear deal falls through, what other options will be left for Iran on the table?

A: The chance for failure is low. Both parties, however, will keep all options on the table.

Q: Do you think an extension of the deadline in nuclear talks is a possibility?

A: It is possible it would be extended for 1-2 months. The negotiators still have a long list of issues to hammer out by the current deadline of June 30th. Particularly pressing will be to finalize the technical annexes in a sufficient way to avoid implementation problems. It is therefore more constructive in the long run for negotiators to take the necessary time to reach a comprehensive and implementable deal.

Q: What differentiates the current Iranian nuclear negotiators from the ones on the previous team? What personality traits and work-related characteristics should the negotiators have?

A: Rouhani and Ahmadinejad have two different understanding on all economic, political, cultural and security issues. Therefore, their respective nuclear teams are also different. While Zarif and Jalili share the same objective of ensuring the national interest of Iran, they differ on the means to that end. Methodology and process is much more than just personality traits.

Q: In my interview with Foreign Minister Mohammad Javad Zarif, some days after the Lausanne framework agreement, he seemed somewhat not optimistic about the final outcome of nuclear talks. What is your prospect of the negotiations?

A: I am not pessimistic. They have achieved major progress to date and it is difficult for both parties to announce a failure. All parties involved have invested a great deal of political capital, credibility and effort to achieve a breakthrough. There is of course no guarantee that they will reach a deal, however we can be confident that both sides will do their best to fill the gaps and reach a realistic deal.