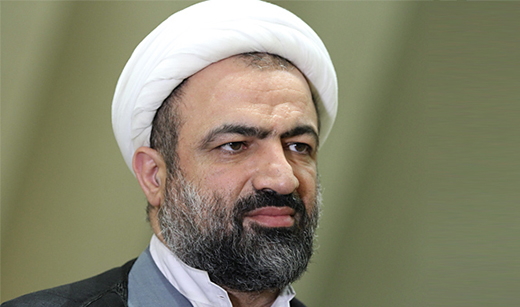 Hamid Rasaei, a principlist MP, has said that there are some problems with the Farsi version of the JCPOA text and that the document’s final translation should be re-discussed in talks with P5+1 after it goes through the legal channels.

A hardline Iranian MP says that the text of the Vienna accord – like any other laws and regulations which are legally binding in the country – should have been pieced together in English and Farsi versions and signed by both sides so that no word or phrase would be interpretable.

Hamid Rasaei [a principlist MP who is an ardent supporter of former President Ahmadinejad] made the statement in a letter to President Rouhani, saying that there are some problems with the way the Farsi version of the Joint Comprehensive Plan of Action (JCPOA) has been submitted to the Islamic Consultative Assembly.

The current text cannot be reviewed in parliament and the Supreme National Security Council, Fars News Agency on July 28 quoted him as writing in the letter. The following is the translation of the opening and closing parts of Rasaei’s letter:

The [JCPOA] text pieced together by your representative and P5+1 will be reviewed by the Islamic Consultative Assembly in coming weeks in line with the Constitution and the laws of the land. Since you view yourself as a jurist and this document [Vienna accord] as a legal text, there are some basic problems – as far as the esteemed government’s directives are concerned – to which you are expected to offer well-reasoned and legally acceptable responses. That is on top of numerous form- and content-related defects in the document that do not uphold the rights of the Iranian people.

You know that the English and Farsi versions of the text compiled by Mr. Zarif and P5+1 [representatives] was submitted to the parliament speaker on July 20, but the chamber’s Presiding Board sent back the translated version to the Foreign Ministry on the same day due to translation-related problems the Foreign Ministry has since admitted to.

Following complaints by MPs, the chair of the session announced today (Tuesday July 28) that the case has been followed up and that a new translated version has been given to parliament. Whether or not the new version is problem-free can be judged after it is compared with the original text.

What is more important than whether the Foreign Ministry’s translation of the text is correct or not in the eyes of parliament, the Supreme National Security Council and other oversight bodies, especially the elite in society, is the lack of a Farsi translation agreed to by Iran and P5+1. It is important to know whether the other parties to the talks (P5+1) make the same things out of the English text that we get from its Farsi translation.

In international law, this problem has always existed between countries when they ink agreements in different languages. Accordingly, each country’s laws entail rules and regulations – in line with domestic and international law – that prevent its rights from being trampled upon on this unfair international stage.

The Islamic Consultative Assembly and the Supreme National Security Council cannot express their legal views on the Iran nuclear deal. So the negotiating team is expected to once again put forward its final translation of JCPOA in talks with P5+1 after it has gone through the legal channels. If the Farsi and English versions are both approved, they [the two texts] can be sent to decision making centers of parties to the talks for final confirmation.

If not, it will be violation of law, and on top of that, there will be no guarantees that the decision adopted in the Iranian parliament is implemented, because the other side will act based on how it interprets the English text.