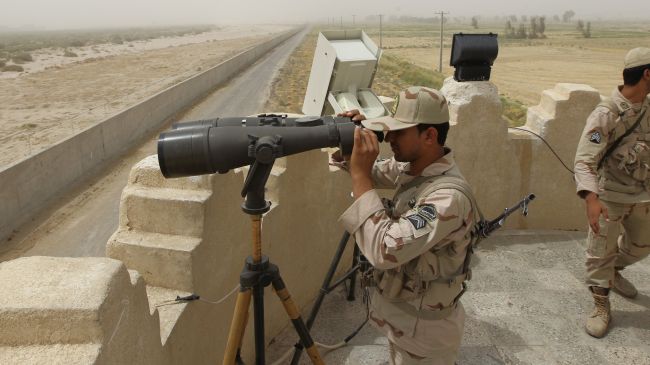 Three members of Iran's Islamic Revolution Guards Corps (IRGC) have been killed in an ambush by terrorists in a border area in the southeast.

A number of terrorists on Sunday carried out an ambush against an Islamic Revolution Guard Corps vehicle on patrol in Saravan and fled to neighboring Pakistan after killing three guards, the deputy governor of Sistan and Baluchestan Province Ali Asghar Mirshekari, said on Monday.

The southeastern Sistan-and-Baluchestan Province has been the scene of a number of terrorist attacks in recent years.

On October 8, three Iranian police officers were killed when they, along with other patrol forces, came under attack overnight by armed bandits while on a mission in the city of Saravan.

Another police officer was killed after an explosives-laden car rammed to a police station by terrorists went off hours after the first incident.

Iran has repeatedly criticized its eastern neighbor Pakistan for failing to rein in terrorists who cross the border into Pakistan after carrying out attacks on Iranian soil.