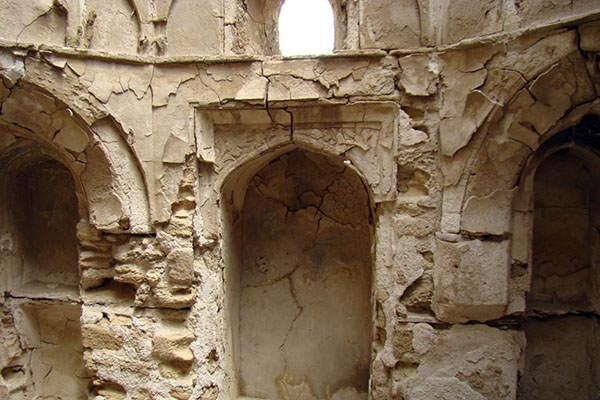 Bogh-e Pir shrine of Tomsenati village is likely to have been a Mithraism temple: a place of worship for the god of Mehr- Mithra- prior to the Seljuq dynasty.

Bogh-e Pir, meaning Pir shrine, is located in the Tomsenati village close to the Tourian region, Iran’s Qeshm Island. The shrine’s half-ruined building is still beautiful and lovely, and a main tourist attraction of the island.

Beautiful semi-circular mortar plasterworks are seen around the neck of the dome. A short, narrow and small door forms the entrance of the shrine, with the Pir Shrine lying below the ground surface. This shows that the building is likely to have been a temple of Mithraism- a place of worship Mithra, the ancient Iranian god of Mehr- prior to the Seljuq dynasty; before Pir was buried there. Future excavations are expected to prove this.

Tomsenati is in fact the name the Spaniards have used for Bogh-e Pir; it is perhaps a variation of Tomb Saint.