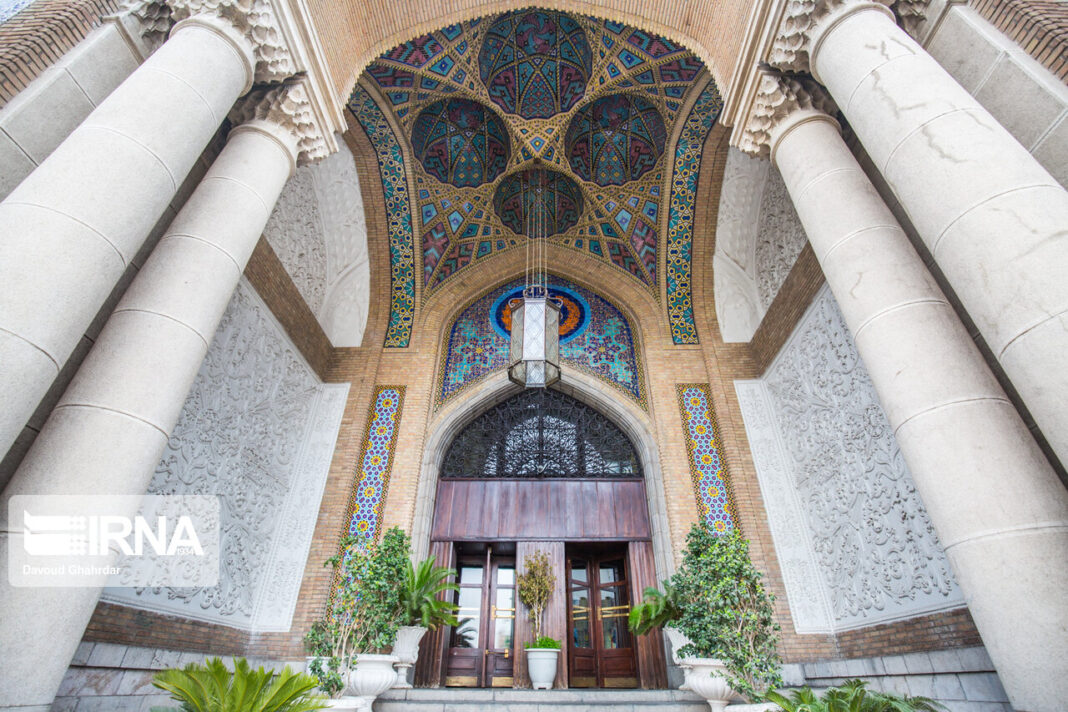 The building of Tejarat Bank museum gallery, located in downtown Tehran, dates back to the Qajar dynasty era.

Located in the eastern side of Toopkhaneh (arsenal) Square –currently named Imam Khomeini Square- in Tehran, the Tejarat Bank museum gallery was constructed during the Qajar dynasty as the Shahi Bank, which was renamed Bazargani (commerce) Bank later.

The historic building is the only construction from the old Toopkhaneh Square that has remained intact after more than 130 years.

Designed by Markar Galstiants, an Iranian architectural engineer of Armenian descent, the bank building features unique designs that include fabulous decorative elements of Iranian architecture, such as bowls in a semi-dome at the portal of the building, ceramic tiles and exquisite plasterwork.

The building was inscribed on the list of Iran’s national sites on February 1, 2003.

Bank Shahanshahi (the Imperial Bank of Persia) bought the building on March 31, 1890. The new building of the bank was also constructed afterwards when the site was still under the ownership of Bank Shahanshahi.

On February 16, 2020, the Tajarat Bank of Iran opened its first museum gallery at the site of the building by unveiling 15 antique and repaired paintings in a ceremony attended by the ranking managers of the bank and top Iranian artists.

Tajarat Bank has constructed a symbolic branch office inside the main building of the art complex that displays the popular designs of offices in the 1960s and 1970s.

A number of the oldest documents of the banking industry in Iran have been also put on display at the Tejarat Bank museum, open to the public.

Following are a series of photos of the museum, taken by IRNA: