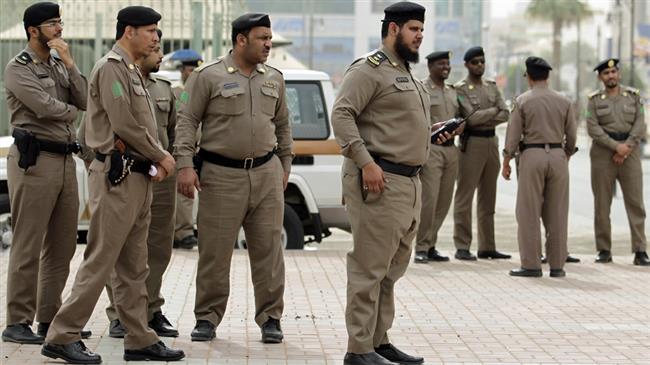 Iran’s High Council of Human Rights has warned Saudi Arabia of the consequences of its "cruelties," including reported plans to execute several human rights activists.

Iran’s High Council of Human Rights “seriously warns the Saudi rulers about the consequences of these clear cruelties and crimes against the oppressed people in Qatif and other right-seeking and anti-oppression activists,” it said in a statement.

The council, a subdivision of Iran’s Judiciary, also stressed “the necessity for international bodies, especially the UN and the Human Rights Council, to show sensitivity and pursue the issue seriously.”

Saudi Arabia has accused these activists of inciting mass protests in the oil-rich Eastern Province, with human rights groups saying the execution threat is a calculated bid to stifle dissent.

Israa al-Ghomgham, who has documented the protests in Eastern Province since they began in 2011, would be the first woman activist to face the death sentence for rights-related work. She was arrested at her home along with her husband Musa al-Hashem in December 2015.

The Iranian council described reports of the Saudi prosecutor seeking capital punishment for the couple and other activists as “very regretful and distressing given the country’s disastrous record” in the past.

In January 2016, Saudi Arabia executed prominent cleric Nimr al-Nimr, the most vocal critic of the dynasty among Shia Muslims, who had come to be seen as a leader of the community’s younger activists.

In executing Nimr, the kingdom defied an international outcry and warnings by many rights groups and governments, touching off a diplomatic crisis which sent relations with Iran into a downward spiral which continues to this day.

“Saudi Arabia’s policy of cracking down on Muslim thinkers and activists fighting tyranny on terrorism charges is absurd and unacceptable,” the statement by the Iranian rights body said.

“Should terrorists be confronted, current Saudi rulers are the prime suspects, who bear responsibility for destroying the lives and possessions of hundreds of thousands of innocent people in the region,” it said.

“Who has founded, armed and unleashed al-Qaeda, Daesh and similar criminals to massacre innocent people? Who is publicly supporting, politically and financially, perverted and roaming killers such as Mujahedin Khalq Organization?” it added.

The notorious MKO group is responsible for killing thousands of Iranian civilians and several officials since the 1979 Islamic Revolution in Iran.

In its statement, Iran’s High Council of Human Rights said the US and major European governments, which arm the kingdom and assist Saudi Arabia’s invasion of Yemen, are complicit in the atrocities and should be held to account.