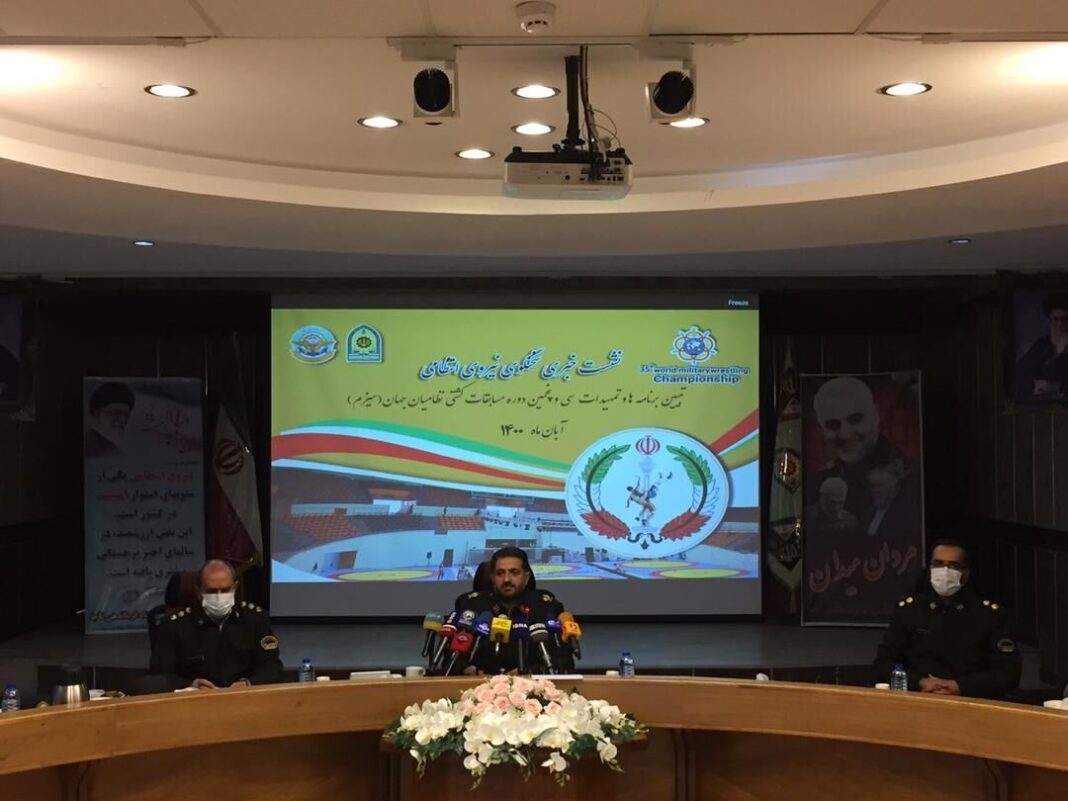 The 35th World Military Wrestling Championship will be held in Tehran within days with 300 wrestlers from 22 countries participating in the competitions, the spokesman for Iranian Police announced.

Brigadier General Mehdi Hajian told reporters on Wednesday that the competition was an important international event and Iran would manage it in the best manner.

He stated that International Military Sports Council (CISM) has 140 members and Iran has been a member to the body since 1957 and has hosted several events of the tournament in different fields, like volleyball.

He evaluated CISM’s goals and sports diplomacy in armed forces as significant, noting that it helps ring solidarity between armed forces of different countries, as well as peace and international security.

The competitions will be held on November 20-25. Ukraine, Guinea, France, Nigeria, Seri Lanka, Greece, Poland, Syria, and the Netherlands are some of the countries that will partake in the event.