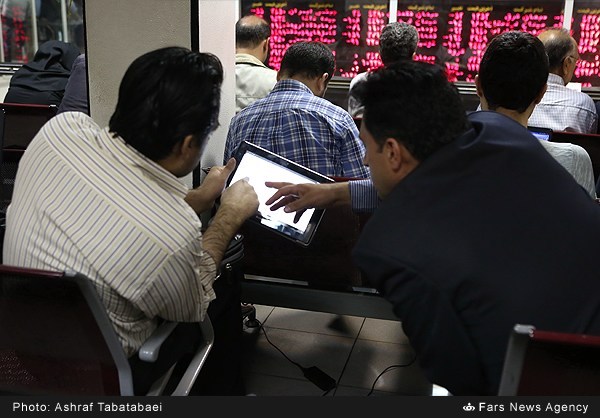 Unlike earlier estimations, Tehran Stock Exchange market has not only remained unaffected by the anti-Iran rhetoric of US President, but also has ridiculed his rhetoric by showing a significant growth in some terms.

Tehran Stock Exchange not only did not plunge into turmoil following Trump’s statements but also showed significant growth in some of its main indexes, said a Farsi report by Alef news website.

The early-hour exchanges made in Tehran’s Stock market reveal some indexes have experienced a significant growth. This comes as some experts predicted that Trump’s anti-Iran rhetoric will negatively hamper the exchanges in Tehran Stock Exchange.

Reports say in the early hours of today (Saturday) 440 million shares have been exchanged within 21,323 deals.

Economic expert, Hossein Sabouri, says a notable point about today’s exchanges is the significant growth in the values of auto industry shares. “As you know, the industry used to be among the most vulnerable sections in Iran before the clinching of the nuclear deal between Iran and world powers. This shows that the market is not affected by Trump’s accusations and is going on smoothly.”

He went on saying till now; the performance of the investment markets is estimated as positive.