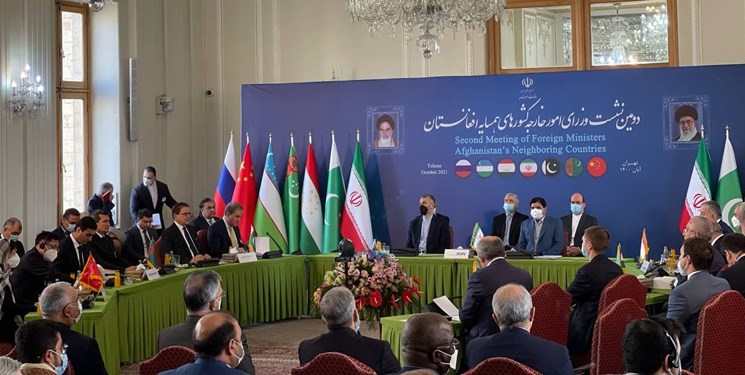 A meeting of the foreign ministers of Afghanistan’s neighboring countries has opened in the Iranian capital, Tehran.

Top diplomats from Pakistan, Iran, Tajikistan, Uzbekistan and Turkmenistan are attending the meeting in Tehran while Russian and Chinese foreign ministers have joined the session online.

The meeting will continue discussions that the neighboring countries had during a virtual meeting in September about the situation in Afghanistan and developments related to the country.

“We hope to be able to send a common message with a unified voice to the international community and regional countries, and inside Afghanistan,” the Iranian top diplomat said.

Amirabdollahian emphasized that the responsibility for the security of Afghan citizens and borders with neighboring countries lies primarily with the caretaker governing body in Kabul and that the international community must help Afghanistan to get out of its current situation.

“If today a strong message is sent from the Tehran meeting calling for the formation an inclusive government in Afghanistan, it is because of the history and the role of the Afghan people in confronting the occupation and the challenges of recent decades,” the top Iranian diplomat added.

The Iranian foreign minister said overcoming the recent crisis in Afghanistan requires internal cohesion and utilization of all Afghan capacities and talents.

He said Iran believes that all neighbors, and at the same time the international community, should pay special attention to the political and humanitarian situation, the spread of terrorism, drug trafficking, and respect for human and women’s rights in Afghanistan.

Amiabdollahian also stressed that many of Afghanistan’s current problems are rooted in foreign intervention, and that the United States must loudly acknowledge its responsibility for the atrocities it committed in Afghanistan over the past two decades, and take serious steps, in line with international efforts, to help the Afghan nation overcome its woes.

“The Americans and the U.S. military left Afghanistan as a result of the struggle of the great people of Afghanistan.” he added.