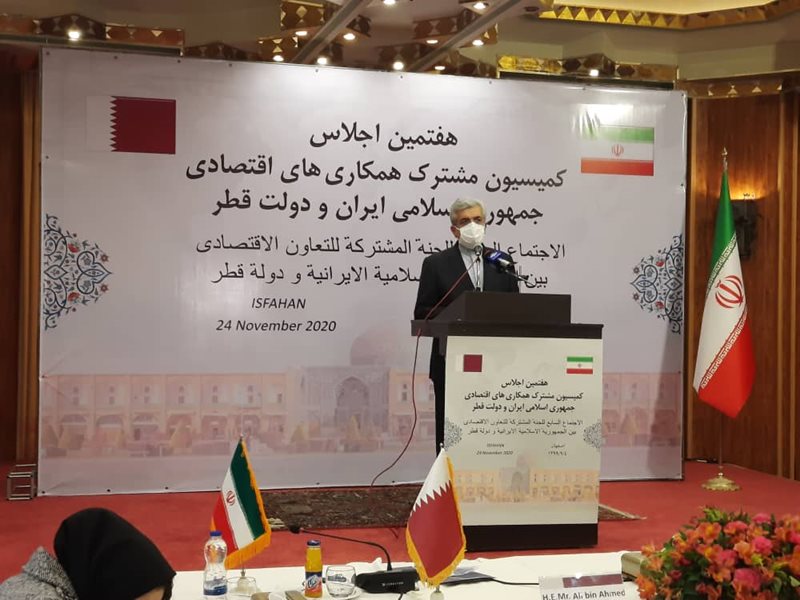 Iran and Qatar have reiterated their determination to further enhance their economic cooperation.

The two countries discussed closer collaboration on the economic front at the 7th Meeting of the Iran-Qatar Joint Economic Cooperation Commission held in the city of Isfahan in central Iran.

Speaking on the sidelines of the event, Iranian Energy Minister Reza Ardakanian said the meeting was held with a delay due to the COVID-19 pandemic.

“The session was scheduled to be held [some time] in the past months and to be attended by a large number of economic activists of both countries, but unfortunately, due to the outbreak of the virus and the restrictions imposed on travel and holding gatherings accordingly, the seventh meeting of the two countries’ joint economic cooperation commission was held on a limited scale,” said the minister.

The minister said Qatar has gone through difficult times recently, and at the same time, Iran has been facing an economic war launched by enemies, making mutual economic cooperation all the more significant.

He said the two sides can also work together in the areas of water, technical and engineering services, energy and transportation.