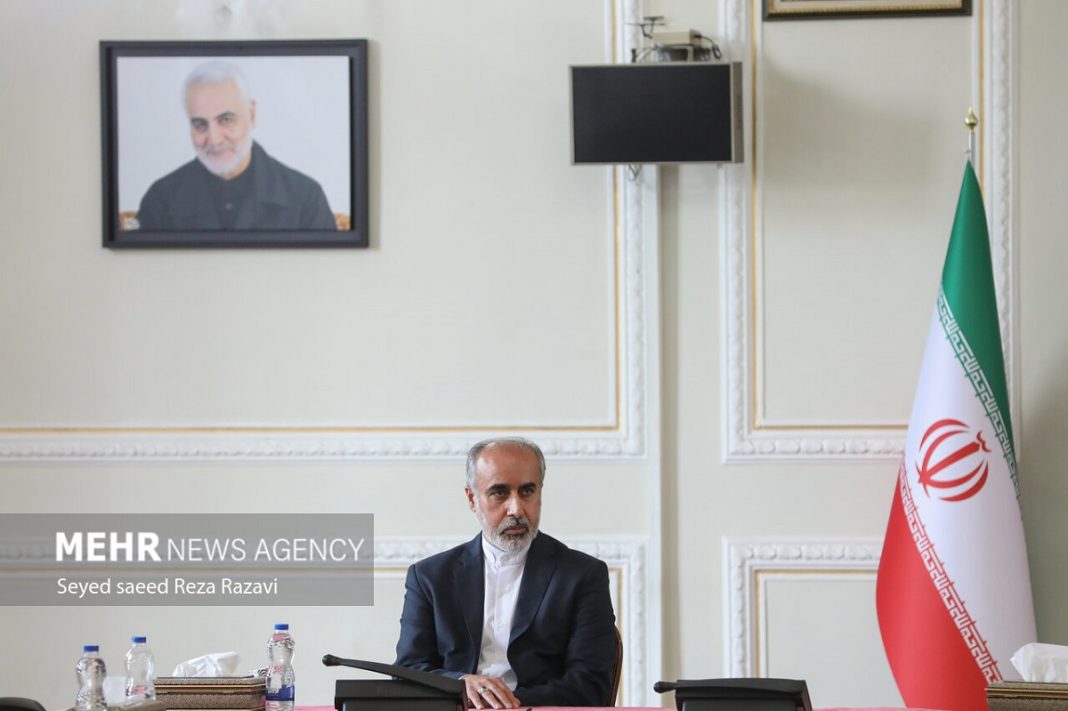 Iranian foreign ministry spokesman dismissed a baseless and outdated claim, published by the official website of the UK government, about the seizure of a Yemen-bound cargo of Iranian weapons in January 2022.

“By non-stop sales of advanced weapons to a self-proclaimed military coalition against the defenseless people of Yemen, Britain is complicit in the war and aggression against Yemen and is in no position to level such baseless accusations against the Islamic Republic of Iran and portray itself as a human rights defender,” Nasser Kanaani said.

“Based on the news and figures published in British media outlets alone, this country has sold around £8 billion worth of advanced weapons, including bombs, guided air-to-surface missiles, and fighter jets, to the anti-Yemen coalition since the onset of the military aggression against Yemen. With the exclusive permissions that the British government has issued for arms manufacturers, this figure even increases multiple times,” the foreign ministry spokesman said.

He added, “In fact, Britain has provided the aggressors with all the weapons despite being aware of the war crimes that the coalition of aggression is perpetrating against the defenseless Yemeni people, such as attacks on schools, hospitals, wedding parties, and food depots.”

“Without any doubt, the British government’s approach in keeping up arms exports to the aggressors is among the reasons behind the prolongation of the inhumane war on Yemen; therefore, this country does not have the required moral qualifications to level accusations against the Islamic Republic of Iran,” Kanani said.

Saudi Arabia launched a war on Yemen in March 2015 in collaboration with its Arab allies and with arms and logistic support from the US, the UK and other Western states.

In late 2021, the United Nations estimated Yemen’s war has claimed 377,000 lives, through both direct and indirect impacts.

Millions of Yemenis have also been internally displaced in the course of the deadly war.