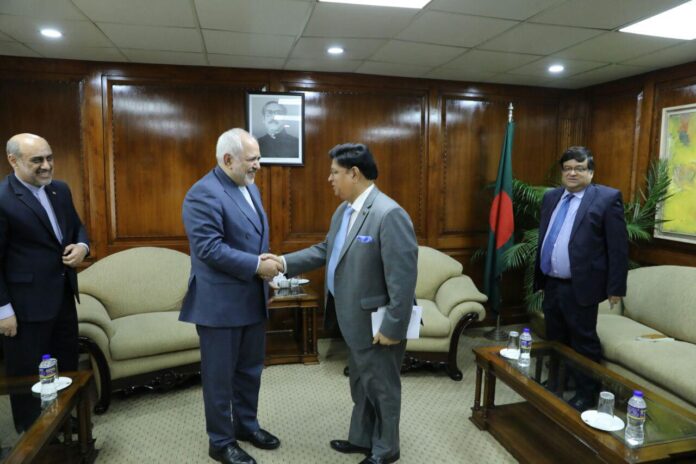 In the Wednesday meeting, the two sides welcomed the enhancement and development of economic and trade cooperation between the two Muslim countries and expressed satisfaction with the level of mutual political relations.

Zarif and Abdul Momen also stressed the need for an increase in trade ties and support for private sector cooperation.

Regional issues, cooperation at international and Islamic organisations, unity between Muslim countries, as well as the problems of Muslim Rohingya refugees in Bangladesh were among other topics discussed by the two top diplomats.

The Iranian top diplomat is in Dhaka to attend the third IORA Blue Economy Ministerial Conference, which will be held on September 4-5.

He will later travel to Jakarta for talks with top Indonesian officials.