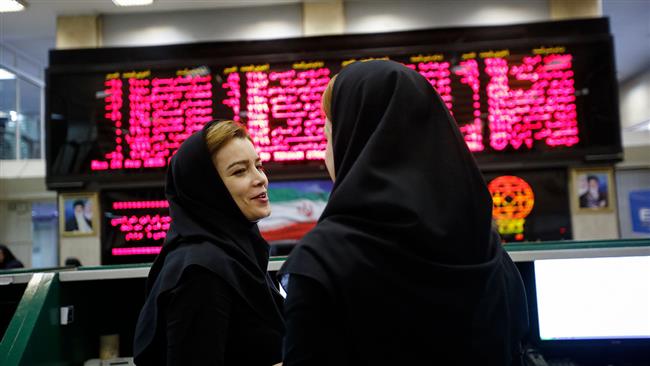 Tehran’s benchmark TEPIX index rises above the 80,000-point mark for the first time in two years, driven by continued optimism about prospects of an economic growth following the lifting of sanctions.

The Tehran Stock Exchange (TSE) shrugged off France’s warnings of possible European sanctions on Iran over its recent ballistic missile launches to surge a whopping 870 points and hit 80,236 at the close on Monday, IRNA reported.

Steel, telecommunication and automotive industries made the biggest gains in the day during which about $135,000 worth of stocks were traded.

TSE is among the five biggest markets in the Middle East, where more than 300 companies are listed with a market capitalization of around $100 billion.

It has surged over 20% since the implementation of a nuclear deal on January 17 when TSE ended the day at about 65,000 points, even as global stock markets have tumbled.

The lifting of sanctions has generated a tide of euphoric mood in anticipation of money from outside the country flowing into Iranian stocks.

International business delegations are pouring into the country. Dozens of them have toured Iran over the past year to assess the landscape and visited some of the listed Iranian manufacturers.

Investors are encouraged by prospects of new investment and a rise in economic growth and the Iranian market’s low valuations.

Iran is being billed a G20 country in waiting with its largest educated population in the region, making it a de facto regional economic leader, according to experts.

While international investment on Tehran’s bourse was already legal, sanctions especially on the banking system made it impossible to transfer money in and out of Iran.

On Monday, the Mehr news agency quoted the Central Bank of Iran as saying that Iranian banks were fully reconnected to the global transaction network SWIFT and there was no hurdle to opening letters of credit.

Mehr said Iranian banks have so far opened 450 million euros of LCs through the Iran-Europe Commercial Bank (IECB) since the lifting of sanctions.