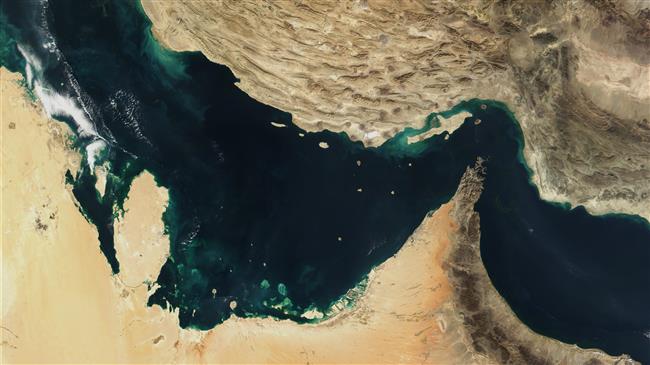 Tehran has censured South Korea for misnaming the Persian Gulf and sending a military mission to the waters south of Iran under pressure from the United States.

Iran’s Foreign Ministry spokesman Abbas Mousavi tweeted in both Persian and Korean languages on Tuesday, blasting the South Korean Defense Ministry for referring to the Persian Gulf with a fake name.

Earlier in the day, Seoul announced a decision to expand the operational area of its anti-piracy unit from the Gulf of Aden to the Gulf of Oman and “the Arab-Persian Gulf.”

“Based on which knowledge and justification is South Korea seeking to dispatch military forces to the region when its Defense Ministry does not even know the historic name of the Persian Gulf?” Mousavi tweeted. “Mutual respect and acceptance of realities are the basis of relations between civilized nations.”

The Persian Gulf is an international trade route connecting the Middle East to Africa, India and China. It has been referred to by historians and ancient texts as “Persian” since the Achaemenid Empire was established in what is now modern day Iran.

The South Korean Defense Ministry said it had decided to “temporarily expand” the sphere of activity of its 302-strong Cheonghae unit given the current situation in the Middle East, adding that Tehran had been briefed on the deployment.

It also noted that the naval task force would operate separately from a US-led military coalition, which has been deployed to the Persian Gulf waters under the pretext of protecting shipping lanes.

Over the past months, the United States has been trying to persuade its allies into a so-called International Maritime Security Construct, with the declared aim of providing “security” for merchant shipping in the Strait of Hormuz and other strategic Middle Eastern shipping lanes.

Last week, US Ambassador to South Korea Harry Harris renewed the call for Seoul to join in the naval mission amid tensions between the two allies over a military cost-sharing deal, which they have failed to extend due to unresolved differences.

The Islamic Republic believes that such alliances are actually meant to consolidate the West’s illegitimate military presence in the region and fuel insecurity.