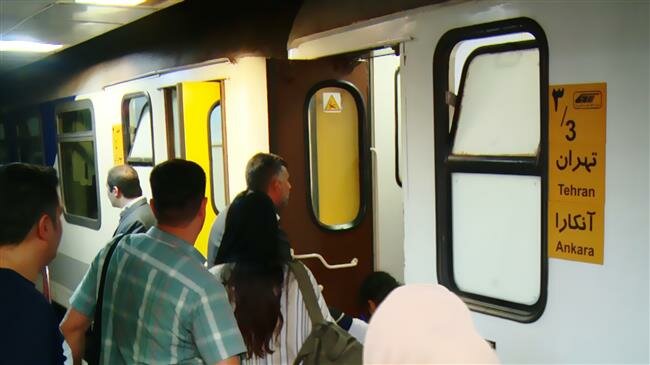 After a four-year suspension, Iran launched the first Tehran-Ankara train, which made its inaugural trip to Turkey on Wednesday night. Carrying 200 passengers, the 5-car train departed Tehran at 10 PM local time.

n claimed by the outlawed PKK militant group which damaged a wagon but left no casualties.

Turkey is one of Iran’s major trade partners. The inauguration of the new train is part of the two sides’ 30-billion dollar annual trade target, which comes despite pressure by the US aimed at isolating Iran’s economy.

Each year, around 2-and-a-half million tourists commute between the two countries, mostly by airplanes.

Already having strong economic and cultural ties, Tehran and Ankara will take their relationship to the next level by launching this passenger train. Officials say this railway will diversify transportation modes between the two states, which will significantly improve tourism in both countries.