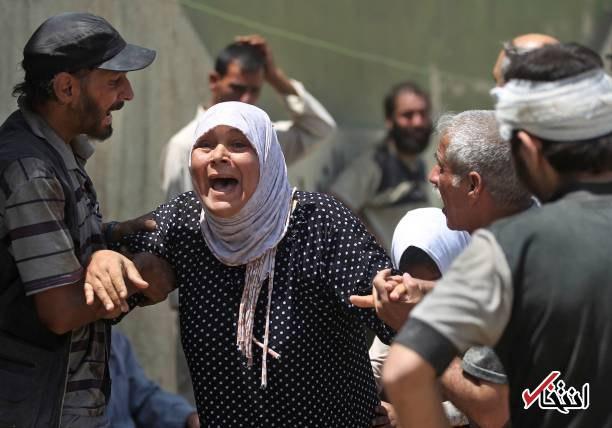 As the military operation keeps going on to retake the Iraqi city of Mosul from ISIS, the Iraqi troops have managed to release a large number of families from the grip of the militants who used them as human shields.

According to a Farsi report by Entekhab, as Mosul liberation operation is underway, the Iraqi army has saved a large number of the city’s residents who had been used by ISIS as human shields. Reports say the residents are suffering from severe shortage of food and medicines.

Chief of Iraq’s Counterterrorism Command, Major General Abdul-Wahhab al-Saedi said the Iraqi army has created some safe corridors paving the way for the release of civilians from Mosul’s old city.

He went on saying that the Iraqi forces are still struggling to fully liberate the city from ISIS militants.

The operation to liberate the western part of Mosul has been underway since February 19.

Backed by Iraqi air force, the army continues to make more advances in its fight against ISIS towards al-Zeitoun Grand Mosque. ISIS uses car bombs as well as snipers to hamper the advances of the Iraqi army. Clashes are now underway in al-Farough as well as around Serishkhaneh and al-Beiz areas. So, far the church of Sham’oun and al-Hamedein mosque have been liberated from ISIS.

Here are photos of the tears and smiles of Mosul residents freed from the ISIS captivity, but grappling with shortage of food and medicine: