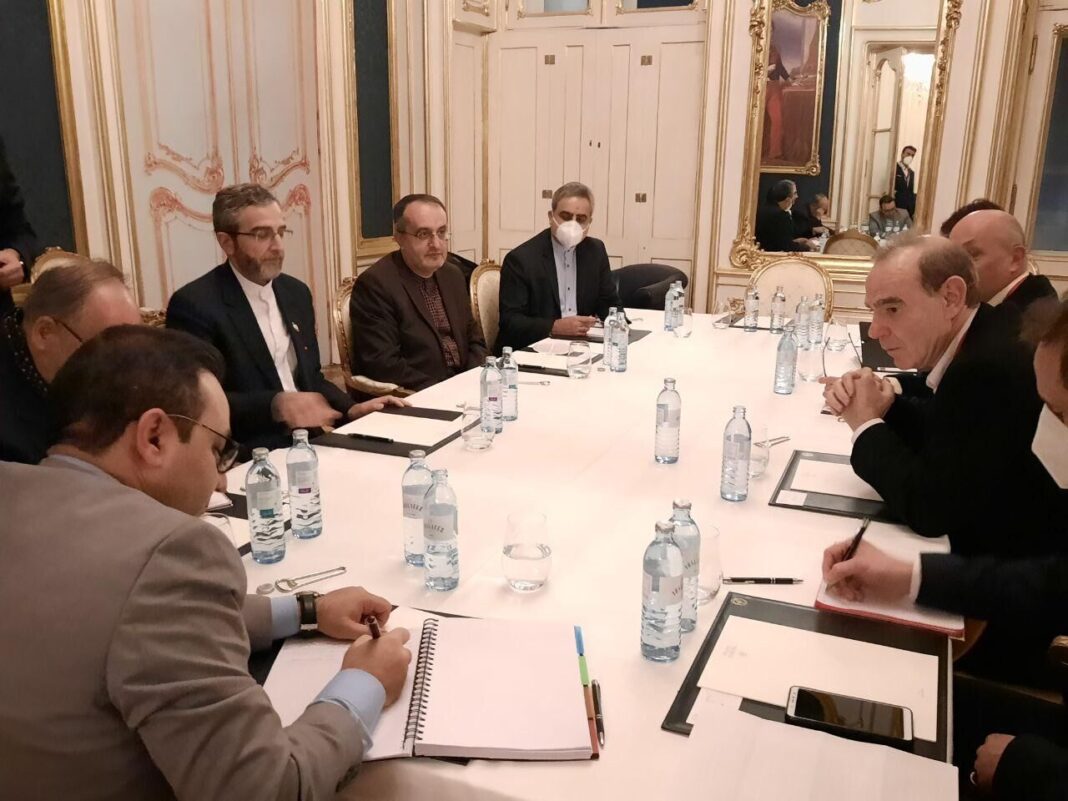 The preliminary talks aimed at removing the anti-Iran sanctions have started in Vienna.

EU Foreign Policy chief Enrique Mora is presiding the meeting of the nuclear deal, JCPOA, joint commission.
He said in a tweet that he has returned to Vienna for the 7th round of talks aimed at reviving the JCPOA.
Mora also said the preliminary work is ongoing. He added that he met with Iranian Deputy Foreign Minister Ali Bagheri and the Russian and Chinese delegations.
The new round of negotiations at the JCPOA’s joint commission has begun at Coburg Hotel in Vienna.
Iran’s lead negotiator Ali Bagheri Kani has said the talks will only succeed if all JCPOA-related sanctions are lifted including bans imposed under the so-called maximum pressure campaign of the US.
He has warned if the sanctions are not removed, the talks will fail.