“Taliban Not to Attend Afghanistan Peace Talks in Jeddah” 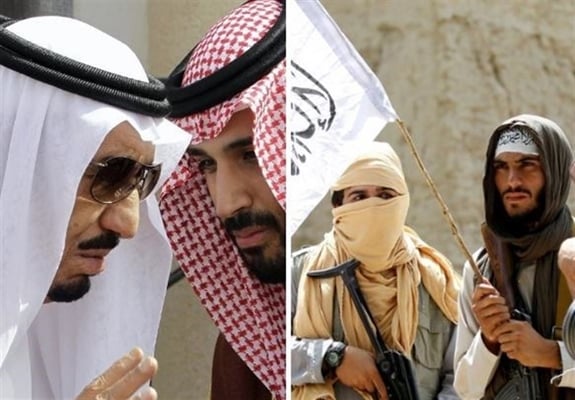 A spokesperson for the Taliban says the group has not agreed to attend Afghanistan peace negotiations in Saudi Arabia, and, hence, will not hold talks with US representatives in Jeddah.

After the Taliban’s multilateral talks with US officials in Abu Dhabi, it was decided that the next round of negotiations be held in the Saudi city of Jeddah, reports Tasnim News Agency.

Zabihollah Mujahid, a spokesman for the Taliban, said the group has no plans to hold peace talks in Saudi Arabia, but will continue its negotiations with the United States.

He said the Taliban will soon decide on its next round of talks with Washington authorities and will announce the details to media.

Last week, media reported that the next round of the Taliban’s multilateral talks with the US would be held in Jeddah with envoys from Pakistan, the United Arab Emirates and Saudi Arabia in attendance. However, these countries have apparently failed to bring the Taliban to the negotiating table for talks with Afghanistan.

This comes as the Taliban had already reiterated that its position had not changed and it would not sit down for talks with the Afghan government.

Many experts believe the Taliban do not trust Saudi Arabia because Riyadh had tried before to challenge the legitimacy of this group by holding a meeting of Muslim scholars.