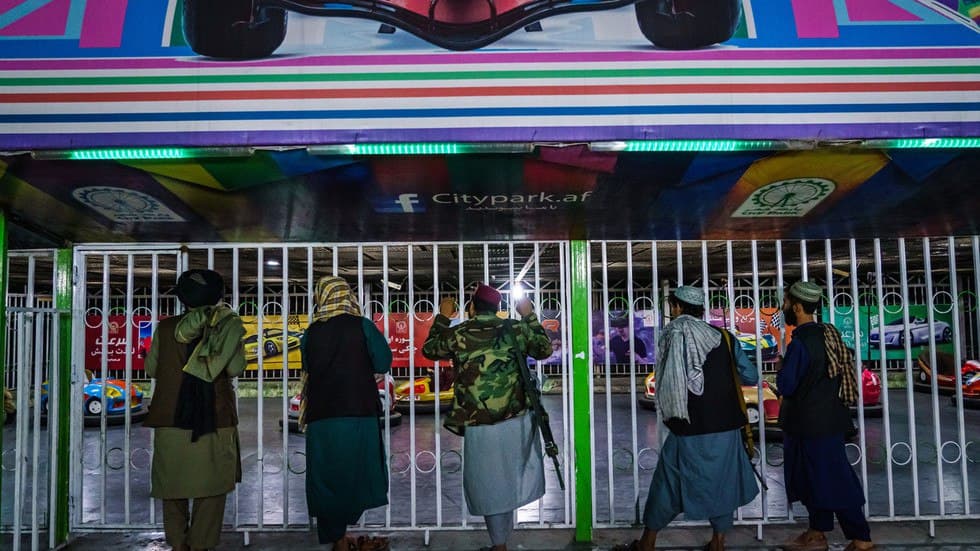 The Taliban have ordered its troops not to enter amusement parks while dressed in fatigues and armed with weapons.

“Mujahideen of the Islamic Emirate (Taliban soldiers) are not allowed to enter amusement parks with weapons, military uniforms and vehicles,” Spokesperson Zabihullah Mujahid said in a tweet, adding “Mujahideen are obliged to abide by all the rules and regulations of amusement parks.”

The announcement comes just months after images of armed Taliban troops enjoying an amusement park on the outskirts of the Afghan capital, Kabul, prompted widespread mockery on social media. In the viral videos, which emerged after the fall of Kabul in August, Taliban troops can be seen flashing their guns as they play on the bumper cars and other rides.

The Qargha reservoir amusement park has proven particularly popular with the Taliban’s crack troops. Reuters journalists observed the fighters sipping tea, buying snacks from stalls along the shoreline, and queueing for rides.

Many of the troops had never been to Kabul before and wanted to visit the park before returning to defend the regime across the country.

The original footage was shot just weeks after the Taliban took control of Kabul on August 15 after two decades of Western-backed rule.