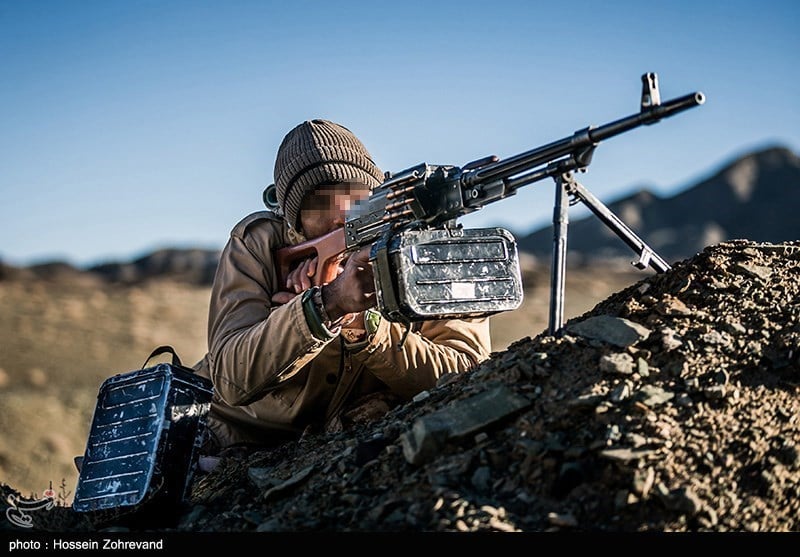 The Islamic Revolution Guards Corps (IRGC) Ground Force late on Monday managed to disband a Takfiri terrorist cell in a border area in Iran’s southeastern province of Sistan and Balouchestan.

In a statement released on Tuesday, the IRGC Ground Force announced that its forces clashed with the terrorist cell that intended to infiltrate into the country from Tahlab in Mirjaveh near the border with Pakistan.

In the clash and exchange of fire between the forces and the terrorists, three Takfiri militants were killed and a number of others were injured and fled to Pakistan, according to the statement.

Two local Basij (volunteer) forces and an IRGC force were also martyred during the clash with the terrorist cell, it added.

Police and security forces, including IRGC, have been quite successful in ensuring security in Sistan and Balouchestan despite its long borders with Pakistan and Afghanistan, harsh weather and vast desert areas.