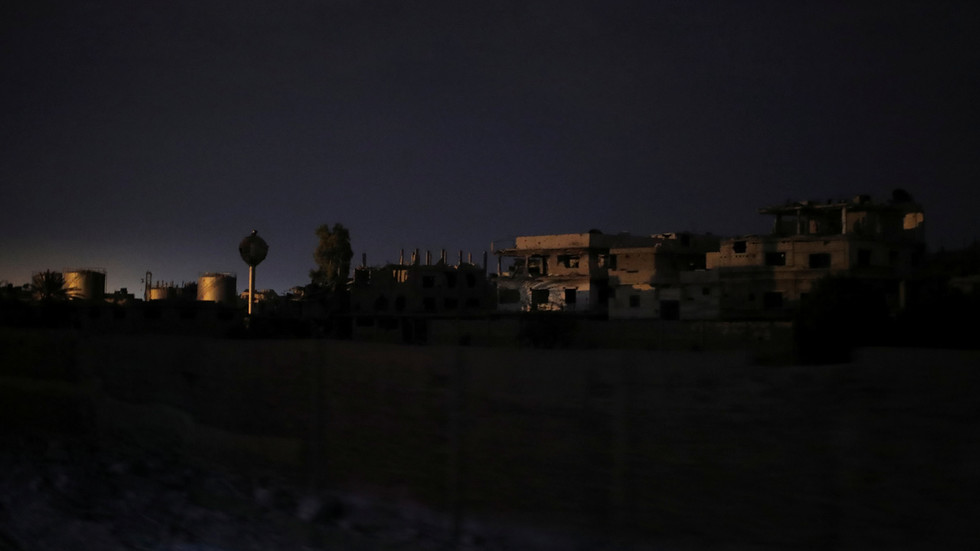 The Syrian capital was thrown into darkness after an “attack” on a gas line feeding a major power plant, Minister of Electricity Ghassan al-Zamil told state media.

“There was a significant direct drop in gas pressure, which led to the failure at the Deir Ali power station… as a result of an attack on the gas line,” al-Zamil told the Syria TV channel late on Friday, though added that few details were yet known about the purported attack.

The outages affected Damascus and the surrounding region, as well as some other areas around Syria, according to SANA, however the full extent of the blackout remains unclear, with some reports suggesting the outages were nationwide.

Al-Zamil added power should be restored in the capital soon, as several other power stations will attempt to compensate for the shutdown at Deir Ali.

The minister later stated that electricity was being gradually restored in Damascus.

“Electricity has started to return to Damascus after the launch of al-Zara, al-Nasryeh and Jandar power stations,” the minister noted on Saturday, as quoted by SANA.

Damascus has reported a number of sabotage attempts and terrorist attacks against its critical infrastructure over the years, including a similar incident at a gas pipeline in the outskirts of the capital city in August 2020, which also triggered major outages across Syria. The gas pipeline in question had been attacked on five different occasions prior, officials announced, though declined to name any perpetrators. Washington, however, later pinned the attack on Daesh, but shared no evidence to support the charge.