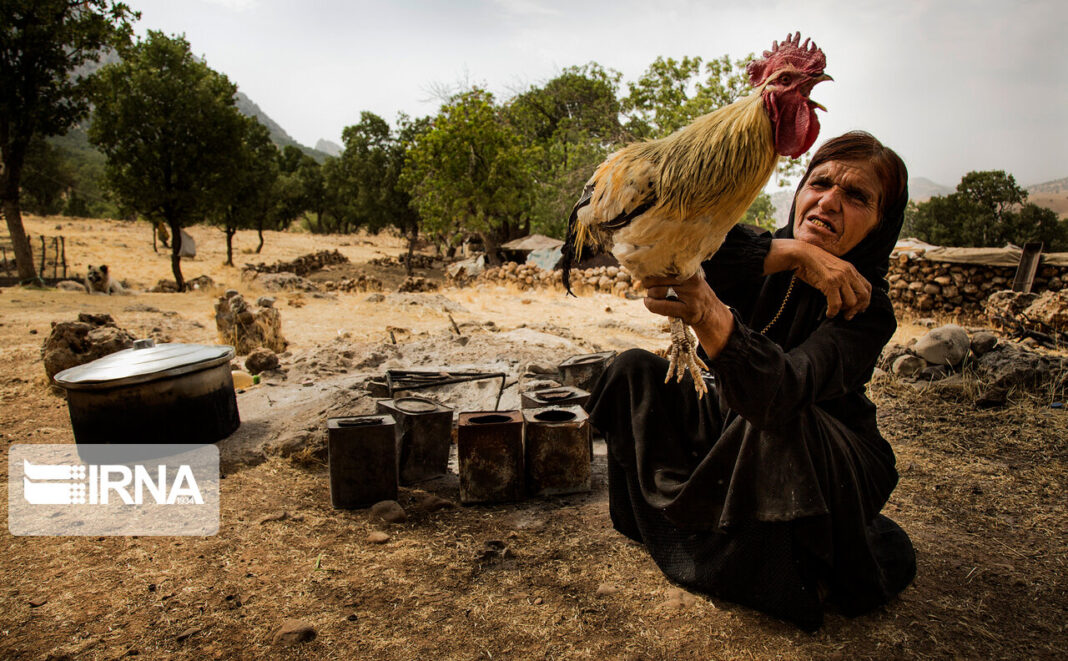 Iranian people, especially those of Bakhtiari tribe, express their insights, viewpoints, and ideas about life by creating their own characters, myths and motifs.

Bakhtiaris primarily inhabit Chaharmahal and Bakhtiari and eastern Khuzestan, Lorestan, Bushehr, and Isfahan provinces. In Khuzestan, Bakhtiari tribes are concentrated primarily in the eastern part of the province in the cities of Masjed Soleyman and Andika.

The Bakhtiari tribesmen have lived in the rugged mountains and crossed the burning deserts of Khuzestan at a time when there was no modern-day means of communication and no one could answer questions about unfamiliar events. Therefore, they have overcome the environment and unanswered questions through myths and motifs.

The following photo collection, created by Maryam Al-e Momen and published on IRNA, is aimed at portraying some of these folk legends.

Al (demon of childbirth) is a wrinkled old woman carrying a basket containing a pregnant woman’s liver. In the past, due to insufficient health and medical care, when a pregnant woman died of an infection or bleeding, people would blame it on a creature dubbed Al and do things to get rid of her.

Merdozma is an evil and cunning creature that appears in the form of humans and domestic animals (sheep, cows, dogs, horses, etc.) and tries to drag them into a valley at the ripe time. It seizes the opportunity to surprise them and push them into the valley or kill them in a battle. It is believed that few people have survived in the fight. They believe that Merdozma is behind the deaths of people who died in the hot and burning mountains and valleys of Khuzestan. 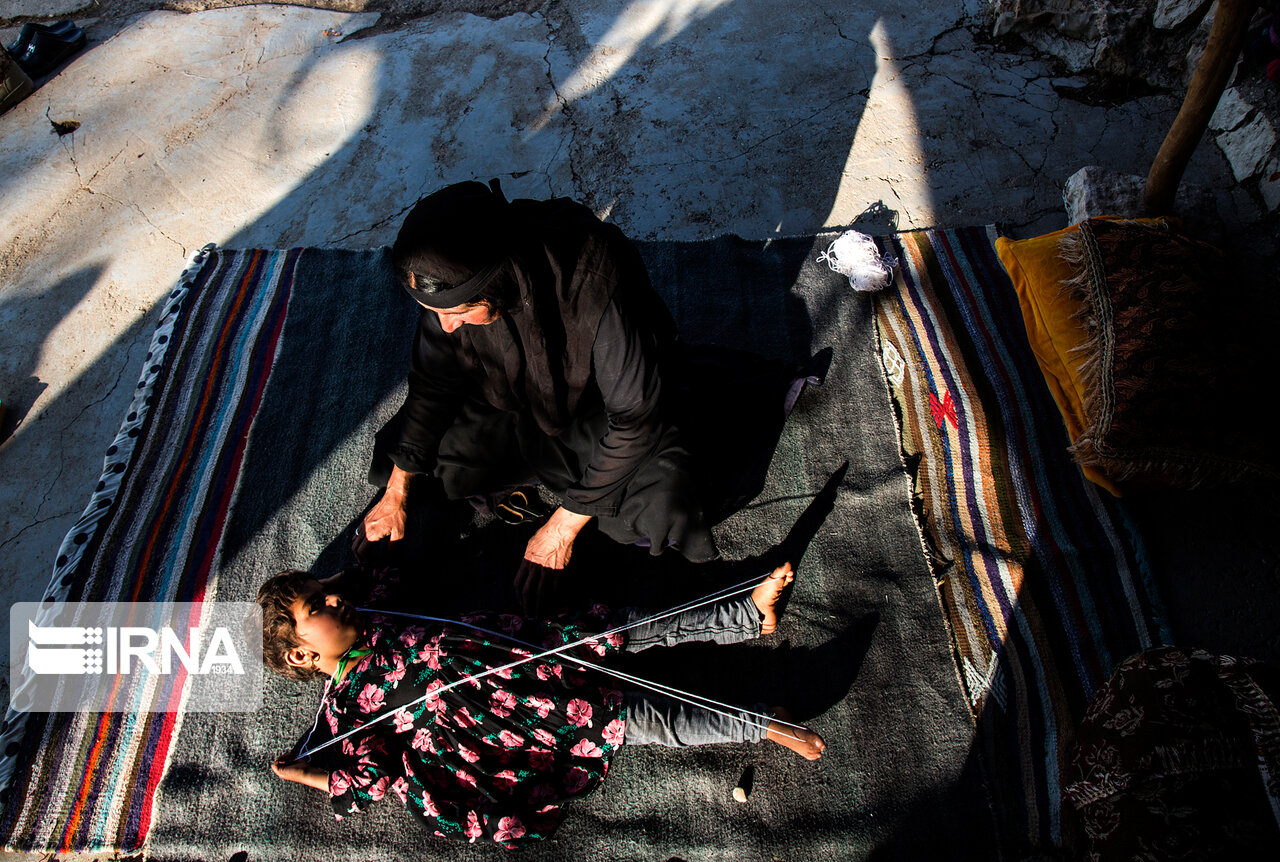 Treatment of a disease called Chalmeh, which is a type of mental illness that causes the patient to experience numbness and nightmares. The physician inculcates in the patient that s/he is healthy by doing some tasks and whispers.

They decorate the inside of the tent with various beads to remove goblins and evil spirits.

The myth of Mah Titi is the story of a girl who escapes to the mountain with six other girls because of poverty and her stepmother’s plots. There, they meet a cunning old man who intends to eat them; but with the help of a witty orphaned girl all the girls are rescued. Mah Titi fairy tale is a lesson for girls who have to live in the mountains and face the potential dangers.

The legend of the Yellow Calf is the story of a girl, who is deceived by a cunning woman and causes her mother to die. The woman deceives the girl’s father to marry her. The girl has many problems with her stepmother. However, the soul of her mother, who always protests the girl, sends her a yellow calf. 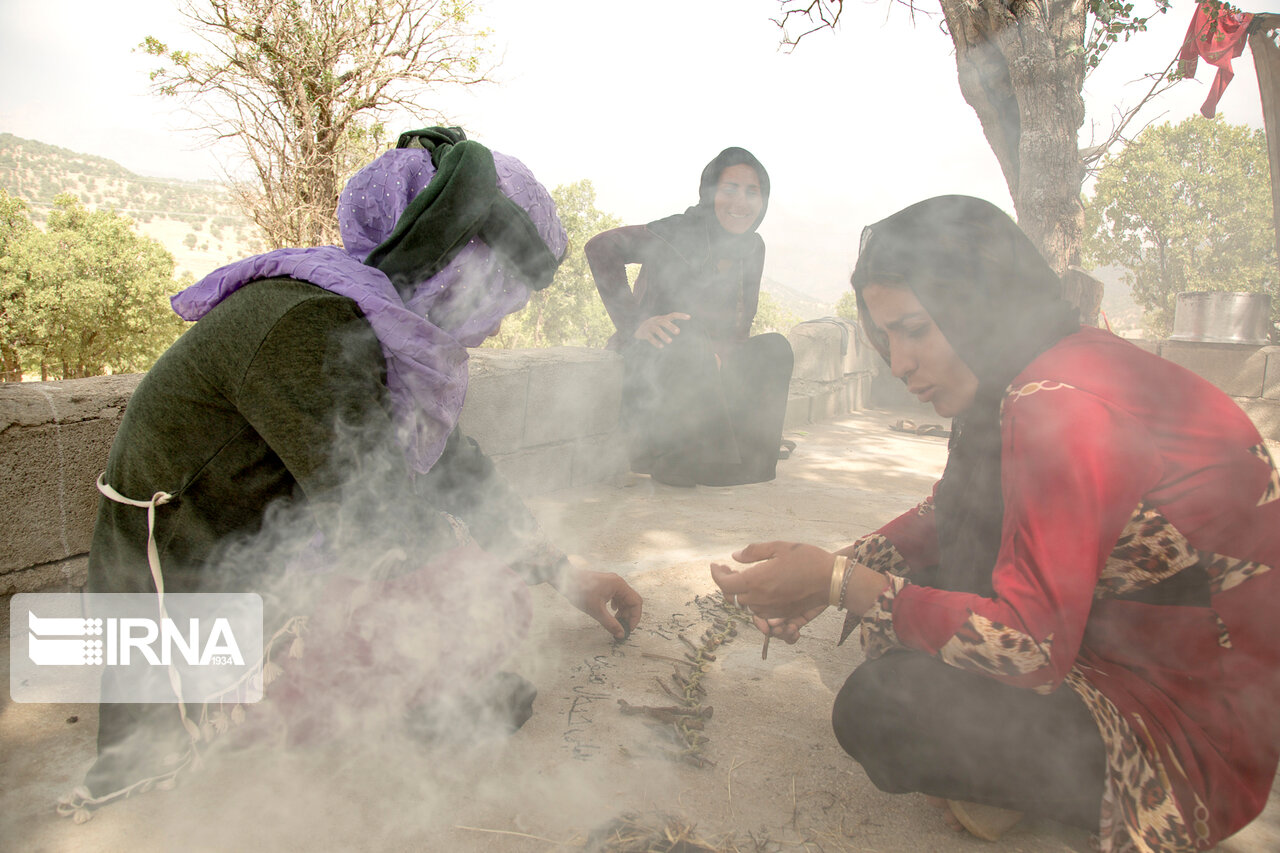 Rites of Forty Bald Men: Whenever the rainfall was so heavy that there was a risk of damage to livestock and crops, people asked God to stop flashfloods through the rites. 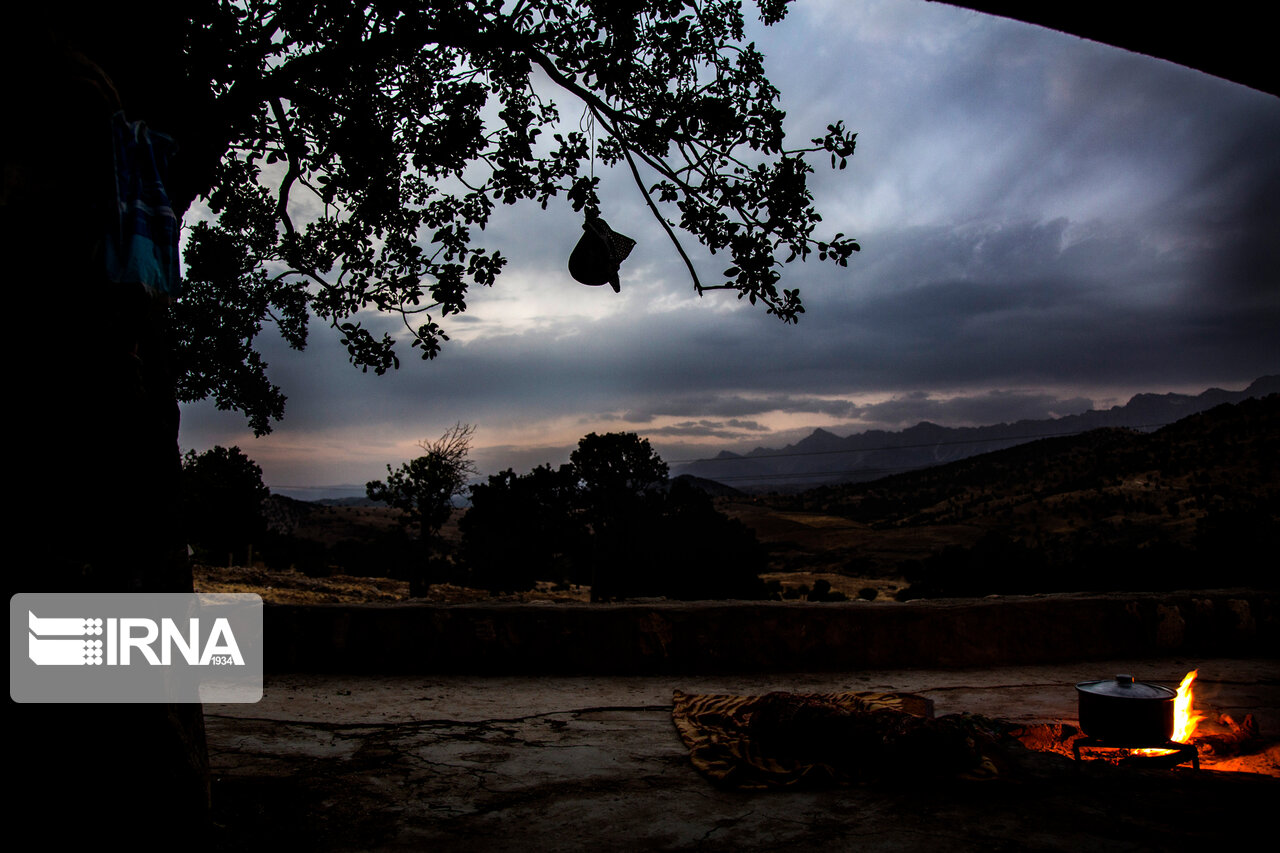 The fairy tale of Dalou (Granny) and the fox is about an old woman whose yogurt is eaten by a cunning fox. During the story children get to know how humans and nature can interact. 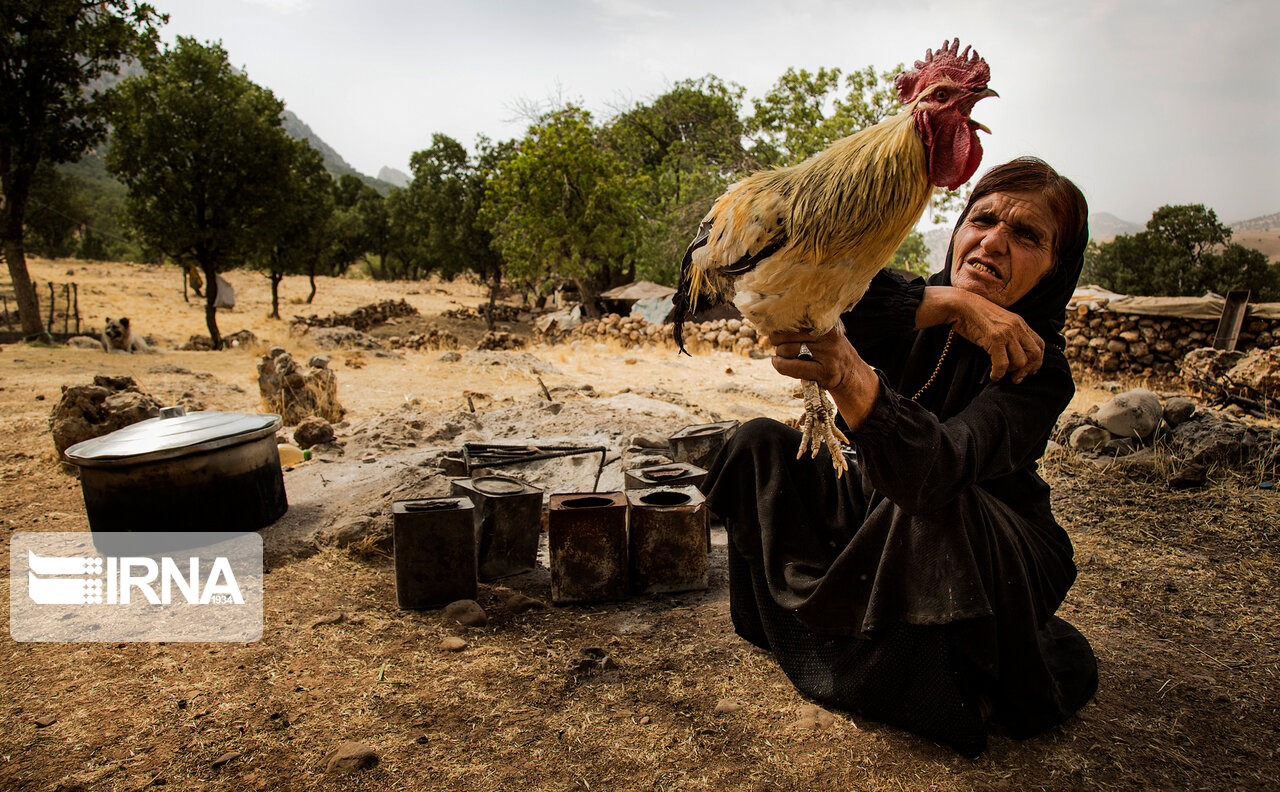 The fairy tale of Dalou (Granny) and the rooster is about an old stingy woman who goes to the court to settle her dispute with the rooster.

Jaundice Treatment: There are physicians in the Bakhtiari community who believe that God has given them the science of medicine by goblins. They say this knowledge known as the “Divine Vein” is transferred from mother to daughter. They go to a physician for treatment with a male animal, such as a goat, a sheep or a rooster on Monday or Wednesday. 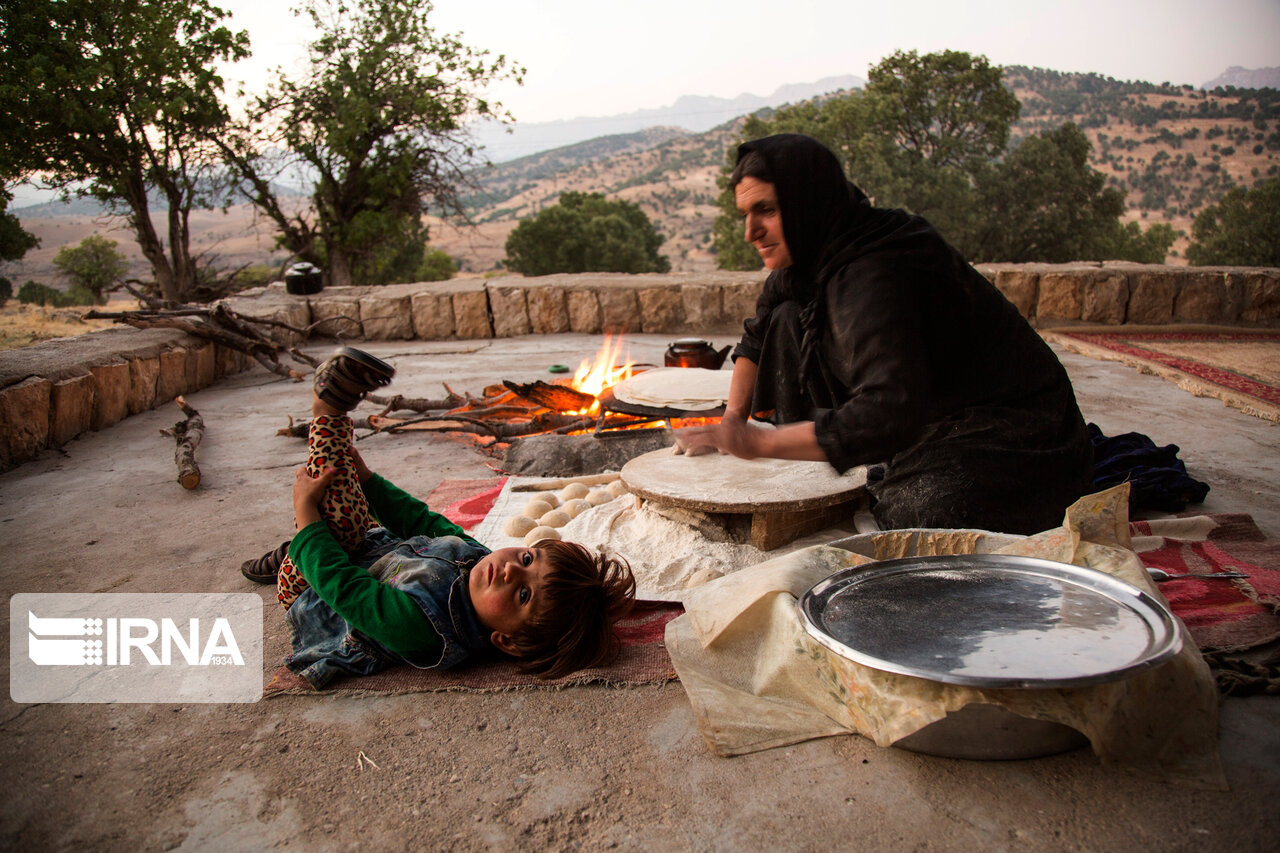 Child’s Horoscope: When waiting for a passenger, people ask a child to raise his or her right or left foot. As the child does not know the left and the right side, the right and wrong of the work is the basis of the fulfilment of the dream of the wisher. 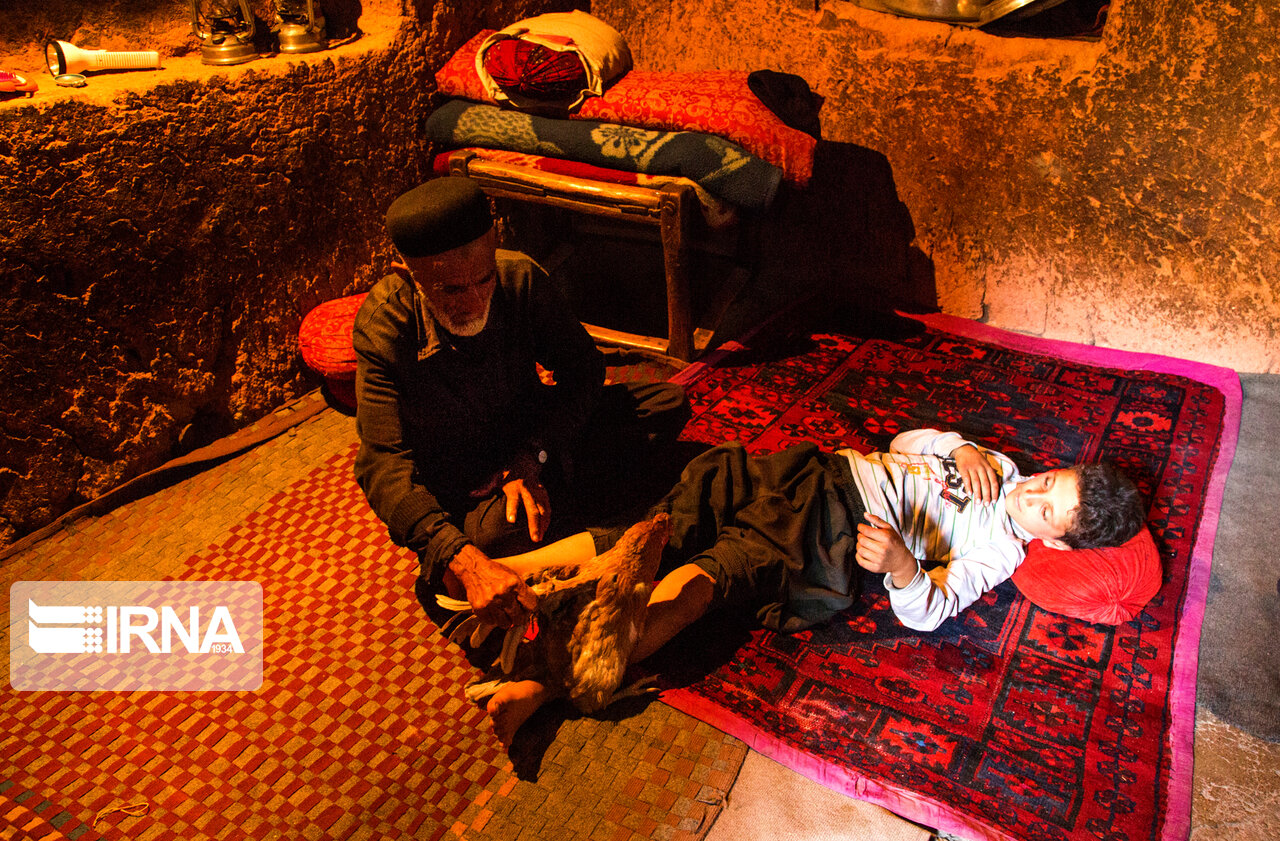 Snakebite Treatment: When someone is bitten by a snake, they skillfully place a chicken on the bite; in a way that the chicken’s cloaca is placed on top of the bite. Chicken cloaca absorbs poison like a sucker.

Nemedkal: The Bakhtiari people believe that Nemedkal is a divine and sacred person who helps the tribesmen and herdsmen in the form of benevolent shepherd and benefactor. He sleeps in the herd, protects the sheep from thieves, wolves and predatory animals, and in the absence of people, protects their possessions and belongings.